The Chief Minister blustered, the Liberal party jeered, the Greens asked questions about playground consultation and babies in prison and the current Treasurer tried to explain why a former treasurer was heading up a tax review.

Just another day in the ACT Legislative Assembly.

While the Feds hang in limbo with no Government formed three days after an election, the local Government in our nation’s capital is going full steam ahead, passing legislation on security guards as a final report on greenhouse gas emission is filed and the parties fight out liquor licensing laws and late-night bus Bills.

In the heat of Question Time Jon Stanhope ranted about the ills of ACTION buses, the Liberals called a lack of BBQs in parks “un-Australian” and Andrew Barr told the Greens their position on minimum parking for housing development was “absolutionist” and “quite at odds with the values, aspirations and lifestyle of Canberrans”.

He may have a point. The good people of our nation’s capital sure do love their cars. Like the Chief said, only eight per cent of the population even use public transport.

Saving the best till last, the final item on today’s #ACTQT agenda was the common counter terrorism operation underway this afternoon.

Operation “Mercury 10”, sounding like the title of a plotless Hollywood blockbuster, is apparently “designed to test emergency management frameworks, and the inter-operability between police, emergency services and other key agencies involved in responding to and investigating an incident of this type and scale.”

The Attorney General Simon Corbell put out a press release about the whole thing yesterday and then Labor Whip John Hargreaves yanked out a dixer right before the clock hit 3pm.

“Today the ACT is participating in a multi-jurisdictional counter-terrorism exercise known as Mercury 10,” Corbell said.

“It’s not a joke, Mr Speaker. In the event of a serious terrorism incident Canberra is not immune and Canberra could face the prospect of terrorist activity should terrorists choose to use high-profile targets here in the national capital for that cause.”

For some reason the operation meant the MLAs got an hour break following Question Time and they happily filed out of the chamber, muttering about cups of tea, clearly delighted to support national and local efforts to prepare for a large-scale terrorism incident.

Canberra is safe in their hands. 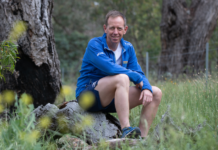