Episode IV – a new hope. Expert rebels striking from a hidden base have won their first victory in the urban policy wars against the system, hitting the great challenges of the 21st century: Climate change, peak oil and health burden.

During the battle, expert rebels undertook a reconnaissance mission to gather research from one of the most urbanised countries in the world. The rebels found that over decades of planning for cars and not for people, the result had been the creation of a built environment that is not conducive to physical activity.

Its citizens now have more sedentary lifestyle than ever before resulting in more than nine million Australians and 21 per cent of youth being obese and over a healthy weight. Most of them don’t even get their 30 minutes of exercise on most days of the week to gain health benefits. Following this dangerous path will to potentially financially destroy an entire nation with health care costs.

Pursued by the sinister agents, the expert rebels battled in the built environment to bring back worlds best practise solutions that can save the people and restore harmony in the country…

If you follow the recent discussions around the future of our cities it seems to me like the beginning of a “Star Wars” movie, but this time it’s real and within the sphere of planning. As mentioned earlier there is new hope that can end the recent battle in the ACT.

The Commonwealth Government has recently released its discussion paper “Building productive, sustainable and liveable cities” and it can be easily Googled – special powers such as “The Force” are not required.

The document acknowledges the importance of cities and its challenges for change, focusing on new efforts of urban passenger transport, smart infrastructure, reduction of greenhouse gas emissions, resilience to the effects of climate change and talking about liveability that has major implications on peoples health and wellbeing.

This work gives us hope and gets our whole country talking about these issues. The ACT has a leadership role to play. Let’s take the dialogue to a new level where the Territory Government and the community can be key players in shaping and managing our city.

This discussion paper can be seen as a first step out of the “Dark Age Ahead” as Jane Jacobs has noted in her book in 2004. This is an exciting start and lots need to be done. I am still not sure if the next episode will be the “Empire Strikes Back” or if we can potentially move straight to the “Return of the Jedi” to end the urban policy wars for good.  To all rebels out there “may the force be with you”. 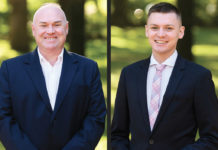 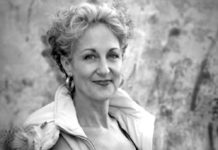