Last week the Assembly debated the expansion of the Renewable Electricity Feed-in Tariff in the ACT. The legislation was passed, opening up the scheme to larger, more efficient systems, and also paving the way for community groups and other collectives to participate in the scheme – all good news for this city, and for the planet.

Yet while the Greens supported the expansion of the feed-in tariff to include larger scale systems, we had a specific concern with the Bill – a concern that impacts mostly on the local solar industry more than anyone else. Our attempts to amend the Bill were defeated when Labor and Liberal both voted against our suggestions.

Renewable energy industries have consistently taken a beating as Governments turn support for the sector off and on in what seems a random fashion at times. Over the years, federal solar rebates have often been at the behest of the political mood of the day. Last year in NSW, the government there switched off support for renewable energy by drastically cutting the feed-in rate tariff after a public campaign that ran on the front of “The Daily Telegraph”. And last month, the Federal Government announced that they want to delay funding and support for large-scale solar projects to fund infrastructure following the Queensland floods.

Anyone who knows anything about industry development knows that business wants a certain environment in which to operate. Many solar installers appreciate the subsidies offered by Government, but are right to be concerned about the way in which they have stopped and started and stopped again over the years.

Yet this is what the ACT Government and the Liberal Opposition have set up in the Bill that passed last week, as they seek to cap the “micro-generation scheme” at 15MW of installed capacity. The day that cap is reached, all support for small-scale solar schemes will cease overnight.

In arguing that this cap should not be imposed, I am not suggesting that support for small-scale solar should continue at its current level, ad infinitum. We know that as solar panels get cheaper, subsidies should be reduced. We also know that small-scale solar is not the most efficient scale at which to invest in this technology.

But if we want Canberra to genuinely be the “Solar Capital”, then we need to get the industry settings right so as to build a long-term sustainable industry, not one that is on again, off again. Not one in which business confidence is low or one where we over-heat the sector only to pull out the rug from underneath them.

We don’t object to the Government winding back support for small-scale solar, but believe it should be done more gradually so that we don’t end up with “the NSW situation” here in the ACT – a quick rush before the deadline, and a sudden drop in the number of solar schemes being ordered by consumers.

This just results in companies being rushed off their feet and then having to lay people off when the scheme comes to a screeching halt. It is no way to build a strong sustainable industry.

Provisions already exist in the current legislation to reduce the premium tariff payments for solar, and the Government could easily use these to wind back support over a few years, while still containing the scheme and aiming for a particular target of installed capacity.

This could all be done without increasing the costs to ACT electricity consumers – it would be better policy and achieve better outcomes for both consumers and solar installers.

But to be honest, I sense here that the Government is bowing to pressure from critics of the Feed-in Tariff so they are able to communicate clearly that they have “limited the small scale scheme”.

As a result we are getting an unnecessary bad outcome for industry merely to appease the solar naysayers and the economic rationalists in Treasury. It does feel like bad politics is overcoming good policy on this one. 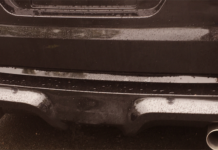