ACT Chief Minister Jon Stanhope today released the Hawke Review into the ACT public service, announcing the Government will be implementing at least two recommendations including a total restructure of the capital’s bureaucracy.

In what is set to be the biggest shake up the ACT public service has seen since self Government in 1989 the departments will become Directorates unified under one Chief Executive.

The ACT public service structure was based on the Commonwealth model, both the Chief Minister and Allan Hawke say the Territory needs to and will move towards a more streamlined structure to reflect the requirements of citizens of a city-state.

Stanhope says the changes will be cost neutral, will not involve any staffing cuts and will be completed within six months.

It is unclear what impact the changes will have on the portfolios held by Ministers or their powers.

The Hawke Review can be found online here. 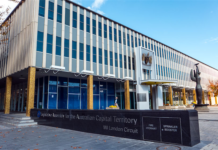 Sponsored Content - October 20, 2020
0
With Matrix-partnered hair salons, gentle ear and body piercing and the best brands for sale, Hairhouse is the one-stop shop for hair and beauty. This is a sponsored post.