Home Politics Assembly Liberals in with an outside chance
Share Canberra's trusted news:
Facebook
Twitter
Pinterest
WhatsApp
A big sigh of relief could be heard across Canberra from the Greens and the Liberals on the announcement of the electoral boundaries for the next election, says political commentator MICHAEL MOORE

THE boundaries for the October 2012 election remain much the same, with just a little tweaking to maintain the parameter of one vote, one value.

The Liberals will improve their representation in the Assembly and have an outside chance of winning government.

The ACT Electoral Commission is fiercely independent and has been through a thorough process to determine the fairest-possible distribution.  “The Augmented Commission therefore had a difficult decision to make, given that there were no available options that would have avoided the splitting of any districts,” the commission said.

“On balance… the Augmented Commission has decided to adopt the ‘minimal change’ proposal put forward by the Redistribution Committee.”

Liberal Leader Zed Seselja is providing the Liberals with their best chance at government.

They have made the right call in rearranging their key players according to the election boundaries. Seselja has now taken the leadership of the Liberals to the electorate of Brindabella in Tuggeranong, where he was raised.

He will combine with the very popular Brendan Smyth, who at the last election won the highest percentage of the vote at 13.4 per cent ahead of Labor’s John Hargreaves on 11.1 per cent.

Labor was just ahead of Liberals with 36.5 per cent of the vote compared to 35.3 per cent. This provides the Liberals with a good chance at winning three seats in that electorate.

Hargreaves is no longer running and Joy Burch is yet to establish a strong presence.

There will be genuine competition for the fourth and fifth seats between unknown Labor and Liberal candidates and the Greens’ Amanda Bresnan.  However, it is possible that the strength of voting that any leader brings along with the personal vote for Smyth may well flow over to the third Liberal candidate – especially if they can field a competent woman.

In Molonglo, the seventh seat at last election went to the Greens’ Carolyn Le Couteur. Despite her hard work she really has, at best, an outside chance of retaining this seat.

It was a surprise when the Greens won this second seat and it will be an even bigger surprise if they retain it.

With the extraordinarily popular Chief Minister Katy Gallagher in Molonglo, supported by long-term ministers Simon Corbell and Andrew Barr, the seat is likely to move back to Labor which has almost its entire vote-pulling power concentrated in Molonglo.

Steve Doszpot has now moved to Molonglo (swapping with Seselja) and the Liberals are likely to retain this seat and have an outside chance of winning a third.

Jeremy Hanson has been a strong asset for the Liberals and is likely to retain his seat and Doszpot has his own following. Greens Speaker, Shane Rattenbury, is not under threat.

The Greens have had an advantage with a concentration of their voters in the seven-member electorate of Molonglo, but it is not enough to win a fourth seat.

Meredith Hunter is likely to retain her position in the seat of Ginninderra as is Liberal Vicki Dunne. Hunter has the Greens’ leadership advantage and Dunne has worked hard over a long period to establish a strong following.  Alistair Coe, who out-polled Dunne at last election, is likely to retain the Liberal’s second seat.

Labor is significantly disadvantaged in this seat by the retirement of former chief minister Jon Stanhope. Labor stalwart Mary Porter has a strong following, but it is still an uphill battle for Stanhope’s replacement Chris Bourke to secure his own seat before Labor can think about wrestling a third. A third seat to the Liberals in Ginninderra is an outside chance that  could bring about a change of government.

A year is a long time in politics and there is danger for Labor. The possibility of a Liberal government cannot be dismissed. However, the most likely outcome is for Gallagher to retain leadership of a minority government supported by three of the Greens. 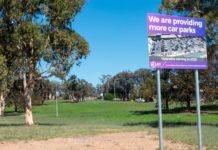 Five months to go, can’t we do better than this lot? 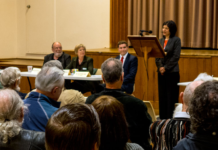