TODAY is White Ribbon Day, a day dedicated nationally to stopping violence against women in Australia.

We might think that in Canberra this issue has been well and truly dealt with, but unfortunately this is not the case as those in the welfare and health industries will tell you.

The most pertinent story in history regarding a shift against violence against women, as well as the inherent value and equality of every member of the human race, must go back to the gospel of John.

There is one scene where a woman caught in adultery is dragged into the marketplace to be publicly beaten and killed (a practice that still occurs in some parts of the world today).

Jesus of Nazareth stands between her accusers and the woman, making clear that he was willing to put himself in danger in order to protect her, and he eventually convinces the crowd to disperse.

This, of course, is only a small snapshot of the message, but it is these stories around Jesus which ultimately transformed Western culture into one that didn’t treat women as second-class.

What he did is certainly what I think is required of all of us, to stand in the way of anyone attempting to harm those most vulnerable in our society, and this is what I think White Ribbon Day is about.

The other point on this topic worth mentioning is the current legal industry in Canberra with the highest level of abuse against women. According to field research done in the US 60-75 per cent of women in prostitution were at some point raped, 70-95 per cent were physically assaulted, and 68 per cent met the criteria for post-traumatic stress disorder, which is in the same range as combat veterans.
Our Legislative Assembly is expected to report back soon with recommendations surrounding the prostitution industry in Canberra, and there is a good chance it will expand brothels into the suburbs. The sex industry lobby argues that this will make prostitution safer, but in reality we will simply see a significant increase in what is an inherently abusive industry.
White Ribbon Day is extremely important and needs to be recognised. I fear, however, that it will simply be a meaningless token and that we are actually moving the opposite way in our society unless the ACT Government takes seriously the need to support those women who are victims of domestic abuse, as well as those being exploited by the sex industry. Let us stand in that gap, and not continue to feed a culture where we simply turn our heads and allow this to happen. 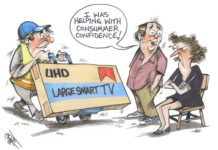 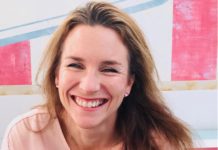 CityNews - July 8, 2020
0
Two armed men forced their way into a Chisholm home before they injured a resident and stole items from the property last night (July 7).