For years I have expressed bewilderment at suggestions by professional sports people that they are under more pressure than ever and I have struggled to comprehend their frustrations; after all, they are being well paid, often up to 10 times the average wage.

Pressure is somebody battling to meet house payments or sinking under the weight of the rising cost of living while keeping their family afloat by working two jobs. A person or family raising a child with a disability with limited income would, to me, epitomise “pressure”; not the disappointment of poor form or non-selection on the playing field.

This is why some coaches are keen for their charges to do work in the community with charity organisations, such as Oz Harvest, who provide meals to the homeless. This work provides perspective; it generates a connection with the community and helps professional sports people reassess their circumstances from a broader understanding of the day-to-day reality of others.

Nevertheless, I have gained an insight into what they are talking about in these days of “new” media.

Twenty-five years ago, if a player had a bad game for the Raiders there was little outside pressure away from the playing cocoon.

There was no internet, there was no SMS, minimal talkback, and only some games were shown on television. The only direct, immediate response came from spectators at the game.

These days, comments are generated whist the game is still being played. There is an immediate assessment of the player’s performance on various on-line forums; there is SMS messaging and e-mails direct to commentary teams while the game is underway and then there is talkback where the analysis of a player reaches fever pitch, especially after a loss, and it’s all out in the public arena.

For a player, there is almost nowhere to hide and the pressure builds. During an average call of a game involving the Brumbies or the Raiders, I would receive between 80 and 100 SMS messages. If the Canberra teams are struggling, the number of text messages doubles.

In the midst of the Raiders’ eight-game losing streak this season, not only did the volume increase, but so did the ferocity of the attacks on anybody associated with the club. As the losses mounted, the personal nature of the e-mails, messages and talkback callers became more vicious.

Many of the messages couldn’t be communicated to listeners because the hatred and bile went well beyond calling for the head of the coach. In some instances, I felt as if fans were trying to outdo each other and nobody was spared.

It was then I started to realise what the players had been talking about. Sure, they are possibly living their dream and enjoying playing to large crowds and having a public profile, but does this give fans the right to attack the players’ character in a very personal way?

I think constructive criticism is fair, but it becomes counterproductive when the one-way dialogue becomes personal. We want players to aspire to play for Canberra, not fear their “supporters”.

Does publicly attacking an individual, suddenly spur them into action? I think not. 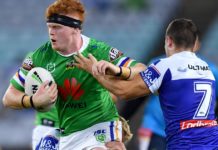 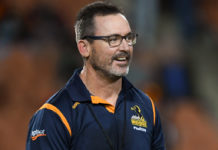 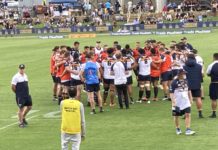 CityNews - February 23, 2021
0
A diplomat will stay in hotel quarantine in Canberra for longer than the mandatory two week quarantine period after returning a covid test result that's consistent with an historic infection.