It is time the Federal Parliament looked down the hill rather than down their noses, says political columnist MICHAEL MOORE

WITHIN a day of the Prime Minister closing down Question Time after just a few minutes, the ACT Assembly adopted procedures to make its Question Time even more accountable.

It is time the Federal Parliament looked down the hill rather than down their noses. They might learn a lesson or two from the ACT Assembly. The most recent examples come from the Opposition who are building on improvements made by the Greens.

Liberal Alistair Coe spotted a weakness in the operation of Question Time and took action to rectify the situation – the sort of behaviour and action we want to see from our elected members.

“Due to urgent matters rightly taking precedence,” he observed, “some areas of government business are not questioned to the same degree as others during Question Time”.  So he put a proposal to the Assembly. It was considered through the appropriate Assembly Committee, modified a little and adopted.

Coe explained that his goal was to find “more opportunities for MLAs to hold the Government to account”.

Question Time will now have an additional 15 minutes for two of the days in each sitting week with up to five questions focused on a specific portfolio. The portfolios will be rotated to ensure all ministers are under scrutiny.

THE Gallagher Government is moving to build their credentials as an innovative and open government. Their first two “virtual cabinets” were on July 26 and August 30, which allowed the community access to raise questions directly with cabinet members and get an immediate response. Around 200 participants talked to their ministers during the hour of the first of these and about 450 tweets were sent within the session.

MEANWHILE, Deputy Opposition Leader Brendan Smyth has put the Government on notice, ironically with regard to the appointment of the Auditor General.

Since the advent of the Statutory Appointments Act (1994) such appointments cannot arbitrarily be made by government. Instead, they are required to go through a consultation process with the appropriate committee of the Assembly. Smyth railed against the poor process in which the committee actually heard about the appointment of the Auditor General via media release.

He took action. “This appointment process involves one of the most important statutory roles in our form of democratic government. I considered these flaws in the process to be of such magnitude that I could not remain as the deputy chair of the committee.”

He has announced that he will be moving legislative amendments to address some of the issues that arose during this process.
No process in politics is perfect. However, the approach right across the parties in the ACT makes the Federal Parliament look like a much poorer form of democracy.
Michael Moore is a former member of the ACT Legislative Assembly and an independent minister for health in the Carnell government. 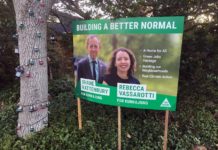 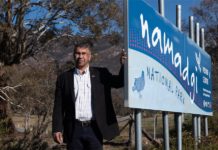