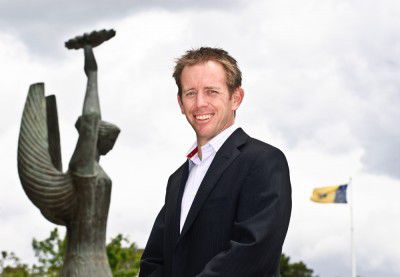 THERE is no doubt that over the past few weeks I have taken some heat about my statements in regard to the Greenpeace action, including Michael Moore’s article in last week’s “CityNews”.

At the heart of those concerns appears to be the notion that, as a politician, I should no longer support the right of citizens to participate in peaceful, and even unlawful, protest.

Michael Moore essentially argued that because I have become a politician, I should suddenly not believe in something that I clearly believed in three years ago before being elected to office – that is, the right of citizens to engage in peaceful direct protest or civil disobedience.

He says that it is untenable for anyone who is involved in the process of making laws to not condemn those who break the law.

However, Michael has misunderstood my position on the role of peaceful civil disobedience and the rule of law. As such, I think his conclusions about the role of the Greens in the Assembly are also incorrect.

Whether I am a legislator or an activist or a citizen, I continue to hold firm views that there is a valid role for civil disobedience in our society. History gives us many examples of where civil disobedience has been used to highlight an issue where the community holds the view that the Government, and even the law, is wrong, from the civil rights movement in the US to the global suffragette movement to, more recently, climate change.

Governments can be influenced by vested interests and don’t always make decisions that are in the best interest of the community, and civil disobedience has been a powerful way to challenge Governments to rethink when other more “legitimate” forms of protest have failed.

However, my commitment to the rule of law is also strong, and not at all inconsistent with my support for the right of citizens to engage in protest.

The rule of law should be upheld. The Greenpeace activists who were arrested will come before the courts and the courts will apply the law.

That is as it should be, and I don’t know anyone who engages in peaceful civil disobedience who thinks otherwise. It is for the courts to review the context of what took place and administer a penalty consistent with the community’s values.

It might have been politically expedient for me to condemn Greenpeace, but it would also have been hypocritical and arrogant for me to ditch my beliefs in regard to this which are deeply held and well known.

If the people of Molonglo, who vote for me wish to register their disapproval at the next election, then that is their right. However, I’d rather be honest about my values and beliefs, and take that chance.

CityNews - November 27, 2020
0
For the second time in two weeks, a diplomat has tested positive for COVID-19 in the ACT.