CANBERRA airport is continuing its bid to become Sydney’s second airport, with this week’s release of a study promoting a high-speed rail link between the Canberra and Sydney CBD. 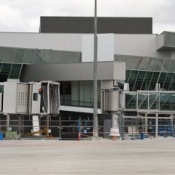 The line is estimated to cost $11b and would take passengers between the cities in 57 minutes.

“The reality is no…resident wants an airport in their backyard and with travel times of 57 minutes between Canberra Airport and Sydney’s CBD, high speed rail can set Canberra Airport up as the overflow airport Kingsford Smith desperately needs,” he says.

“As demand for travel into Sydney continues to grow, Kingsford Smith will increasingly fail to meet scheduled travel times, affecting not only airline reliability but also the experience of airline passengers.

“The Canberra Airport Study found that Sydney Airport flights are affected by weather once every three days. High Speed Rail is not affected by inclement weather, providing a reliable alternative to air travel.”

The study also details the Canberra Airport’s plan for an integrated high speed and airport terminal that would allow Canberra rail and air passengers to transfer between each mode in 5-10 minutes without baggage.