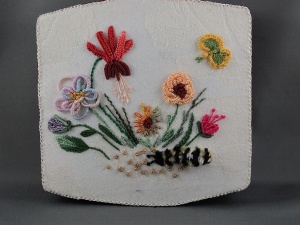 THE popular Embroiderers’ Guild will hold its annual exhibition and sale in Albert Hall, 10am-4pm, on October 19-21 (with the official opening, 7.30pm, October 18. The guild runs a famous cafe with all food prepared by its members.

• AUTHOR and “CityNews” columnist, Robert Macklin tells me his new book, “One False Move”, has been, happily, designated “Pick of the Month” in every airport bookshop in Australia.

• THE Selby and Friends’ season finale for 2012 brings together leader Kathryn Selby on piano with Natsuko Yoshimoto on violin and Emma-Jane Murphy on cello in a rare reunion of talents.
“Prodigy to Prodigious”, is at Fairfax Theatre, NGA, October 16. Bookings to 8256 2222.

• THE ANU National University Theatre Society (NUTS) is staging that old theatrical warhorse, “Harvey”, by Mary Chase. Famous as a vehicle for Jimmy Stewart, it’s the one about the man whose friend is an imaginary rabbit. ANU Arts Centre Drama Lab, October 17-20. Bookings to anusa.com.au/tickets or at the door.

• “TO Kill a Mockingbird” is one of the most-loved courtroom and coming-of-age films of all time. Now local director, Liz Bradley, is directing the stage version for Free Rain Theatre, at the Courtyard Studio from October 19-November 4. Bookings to 6275 2700 or www.canberraticketing.com.au

• THE Poetry in Film Festival helps showcase the talents of independent filmmakers, who have until October 19 to interpret the poem “from Freo”, by Kevin Gillam, into a short film. For all details, visit poetryinfilmfestival.com.au/

• HE’S called the “Ultimate Entertainer”, but he started out tentatively at the School of Arts Cafe in Queanbeyan. Yes, it’s David Campbell, now co-host of “Mornings on 9” and he’ll be at the Top of the Cross, Woden Southern Cross Club, October 20. Bookings to 6283 7200.

• ON the same night, the Glenn Miller Orchestra concert spectacular is at Canberra Theatre at 8pm. Musical director Rick Gerber promises “a sentimental journey” with hits such as “Chattanooga Choo-Choo” and “Pennsylvania 6-5000”. A great antidote to the election on the same day. Bookings to 6275 2700 or www.canberraticketing.com.au

• ON the other hand, there’s the ANU Choral Society, with soloists Sarahlouise Owens and David Smith, singing Rachmaninov’s "Vespers" on October 20 at the Church of St Andrew. Bookings to trybooking.com/BVLI or at the door.