CANBERRANS are being urged to protest against an annual dolphin cull in Japan on Friday. 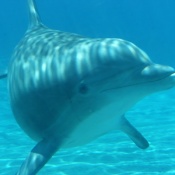 Rallies and peaceful protests will be held in over 70 locations worldwide as part of Japan Dolphins Day on Friday to protest the September 1 start of the annual Taiji coast dolphin cull.

Spokesperson for the Canberra protest Katrina Seivers says over 700 dolphins were killed in last year’s cull.

“This is in addition to the tens of thousands of dolphins and small whales that are killed at sea by Japanese fishermen under licences from their government,” she said.

“The dolphins that are slaughtered are served as food, food which contains extremely high levels of mercury, which we all know, harms the developing brain of children and unborn babies.  We have detailed warnings in Australia about mercury and its effects, none exist in Japan.”

Ms Seivers says up to 60 people are expected to join the Canberra protest at the Japanese Embassy in Yarralumla, which will include speeches from Greens MLA Shane Rattenbury and local wildlife presenter Carly Wilson.

“There will be dolphin cut outs for people to write messages of hope which we will forward on to the Consular-General, and there will also be a petition and a flag of hope to sign, which we will also forward onto the Embassy, hopefully at the end of the event,” Ms Seivers said.

The protest will be held on Friday August 31 from 4pm – 5.30pm at the Japanese Embassy, Yarralumla.

CityNews - April 6, 2020
0
While the coronavirus has stopped many workers from doing their jobs in the past few weeks, it won't stop the Easter bunny, who, Health Minister Rachel-Stephen Smith says is considered an "essential" worker.