IT looks like Olympic fever has hit everyone – even those of the four legged kind. 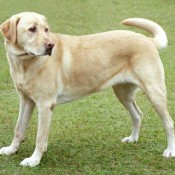 This weekend the RSPCA in Weston will host a “Doggie Olympics,” complete with simulated Olympic-style events including hurdles, long jump and a swimming race, and (faux) gold, silver and bronze medals.

RSPCA ACT chief executive Michael Linke said the event would be a combined effort of “dog and owner” and is a “fun way” to get into the Olympic spirit.

“We ran the event last Olympics for the first time and decided to do it again as it’s a lot of fun, and it’s different to some of the other events we do which are more serious,” he said.

Michael admits the RSPCA staff are more than a little enthused this time around as Olympic swimmer (and last week’s “CityNews” covergirl) Alicia Coutts, who last week won a gold medal in the women’s 4×100 relay, is an employee at the RSPCA.

She works at the cat shelter four days a week.

“We are excited to promote that we have an Olympian working with us and it’s really gotten everyone in the spirit of the games,” he said.

The RSPCA ACT Doggie Olympics will be held on Sunday August 5 from 12.30pm to 3.30pm at 12 Kirkpatrick Street, Weston Creek.

CityNews - July 13, 2020
0
The police team responsible for COVID-19 checks in the ACT ran into a few surprises over the weekend, according to chief police officer Neil Gaughan.