I DON’T suppose it’s all that likely that Zed Seselja and his team will win the ACT election in October. Based on everything we know right now, ACT Labor look as hot a favourite for Government as James Magnusson was in the 100 metres freestyle. 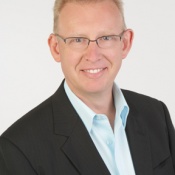 Oh hang on, young James got rolled didn’t he?

I don’t think it’s possible for the conservatives to win, but if somehow they do, I’ll be so happy to see the free plastic bags re-appear at supermarkets and shopping centres around Canberra.

Yes, finally the local Libs have a policy and, I know it’s only about plastic bags, but it’s a “good-un”.

The banning of free plastic bags in Canberra has achieved many things.

There are those who believe it’s not a big enough issue to affect the October poll, but as Pete, from Wanniassa, told me on my radio program: “It’s not about the bags anymore. It’s about a meaningless intrusion into the lives of average Canberrans.”

I’m with him all the way.

And I’m not alone. The Productivity Commission has suggested that there is not a sound case for proceeding with a phase out of plastic retail carry bags.

In the UK, the British Environmental Protection Agency went even further, pointing out that a shopper would have to use the same cotton bag every working day for a whole year to have a lesser impact than a lightweight plastic bag.

Why did we do this again ?

Even the Australian Motorists Party has weighed in on this issue. As you would expect, they are against the plastic bag ban, but they also want to legislate that shopkeepers should only be able to distribute bio-degradable shopping bags. In a rare moment of Greens/Motorists Party unity, Shane Rattenbury from the Greens told me last week that the Motorists’ policy had more environmental merit than the Libs.

Could this be the start of a coalition between the Greens and One Nation on Wheels? Now, that would be entertaining.

Mark Parton is the breakfast announcer on 2CC.