MEGALO print studio has expressed disappointment in yesterday’s motion from the Opposition, that was supported by the Greens, that called on the ACT Government to make the Fitters’ Workshop a multi-purpose facility.

Megalo CEO Alison Alder said the workshop’s board, staff and members were disappointed in the proceedings, and vote, by the coalition of Liberals and Greens in the ACT Legislative Assembly last night.

“Sadly, they seem unable to recognise and, in good spirit, abide by, the normal conventions of responsible government in a democracy,” she said.

“Megalo supports the words of Minister Burch in the Assembly, which made it clear that the Government recognises the opportunity that Megalo, in the Fitters Workshop, will provide for the ACT – building the Kingston Arts Precinct as a hub of national excellence.

“The Government has made a positive decision which recognises the local, national and international reputation of Megalo and the cultural contribution of numerous artists of national significance who have used the studios in the past and who will use the workshop into the future.

“The government has made a positive decision to put a heritage workshop to work again 52 weeks a year.”

However Opposition spokesperson for the arts, Vicki Dunne said it was a win for the community, whose calls for a multi-purpose facility were ignored by Joy Burch.

“ACT Labor didn’t get the advice on the Fitters’ Workshop that it wanted to hear, so  refused to listen,” Mrs Dunne said.

She said the motion “reflected community concerns about ACT Labor’s decision to ignore  the community and the Assembly’s wishes about the future use of the Fitters’ Workshop.

“Joy Burch attempted to bury her decision to give Megalo exclusive use of the Fitters’ workshop on ACT Budget day, but it did not go unnoticed and caused significant  community concern,” she said.
“ACT Labor’s handling of this issue has been disgraceful, and I’m pleased that the majority of the Assembly today banded together to support our motion which will  compel the government to listen to the community.” 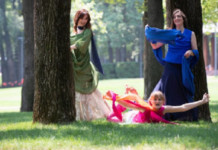 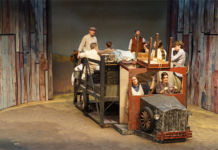