AFTER voluntary departures, fears of across-the-board sackings at the ANU School of  Music were confirmed today.

ANU management advised five academic staff, who had not accepted redundancy and were willing to continue in the revamped School, that they will not be offered future employment in the School. 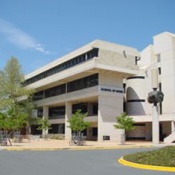 The five academic staff were judged not to meet the criteria set for new School positions, criteria that included high-level research requirements not usually demanded in the music discipline, where performance skills are paramount.

The National Tertiary Education Union had warned staff that this would be the way the university would prevent existing staff from being re-employed.

Interim Head of School, Peter Tregear, previously asserted that he hoped to “take staff with him on the journey.”

ACT Division Secretary of the NTEU, Stephen Darwin, commented,  “this  is more heartless treatment of staff by an increasingly brutal ANU management, where individual livelihoods and professional reputations are disregarded in order to justify ill-conceived and disastrously executed plans, like slashing resources in the School of Music.”

Mr Darwin noted that this action had taken place against the background of ANU recording an $82 million operating surplus in 2011, adding, “It is now impossible to see how the School of Music can effectively operate with virtually no academic staff remaining to prepare for new and continuing students in 2013.”