WHILST conceding that he was not privy to the financial situation within the university, eminent musician Richard Gill has described the changes to the ANU School of Music as preposterous and indefensible with unnecessary resultant deep dissatisfaction, unhappiness and sadness. 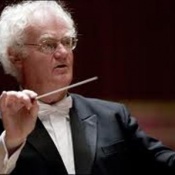 In his opening remarks, he mentioned that “CityNews” had questioned his ability to remain impartial while speaking in the subject at the ANU, but he told the audience he speaks his mind freely on all occasions.

Speaking during the launch of his memoir, “Give Me Excess of It”  Mr Gill drew parallels with the National Gallery and National Library, declaring that Canberra needed the continuum of a great music school to mirror the extraordinary success and achievement of those national institutions.

He lamented that future students, particularly in the art of solo, chamber and orchestral performance, will lose vital experience opportunities with the departure of current world standard faculty staff.   He blamed the current Australia-wide problem on the Dawkins Report, which seemed based primarily on a “bigger is better” philosophy.

Although the School door looks closed he urged his audience not to give up but to lobby together as a powerful community to seek alternative options.   He favours creation of a private music school and cited the International Grammar School, (which bases its learning on language and music), and a Melbourne school for the blind as successful community founded homes of learning.   He quoted the Julliard School and the New England Conservatory in Boston as USA models of successful private music schools.

Despite initial focus on the woes of the ANU School of Music, Gill’s entertaining lecture focussed on his early music upbringing under a brutal Catholic education system, his disdain for the national curriculum for music and standardised teaching and his passionate belief in the power of music to change lives for the better.

During a brief Q and A no questions were raised regarding the School of Music situation.

CityNews - January 23, 2020
0
FIREFIGHTING crews are on scene at a tree alight in the middle of the road on the intersection of Bowes Street and Launceston Street in Phillip.