WHILE most attention has been focused on the Government and the Opposition in the vexed issue of unauthorised boat arrivals, the more important development may well be the manner in which the Greens have totally mismanaged their response.

Indeed, I suspect that the party reached its highwater mark in the last Federal election and it now faces a gradual but steady erosion of public support. There are several reasons for this – both external and internal – but all seem beyond their power to counteract.

Internally, they suffer seriously from the departure of long-time leader Bob Brown. He had great natural presence and a capacity to appeal to our better nature in those social and conscience issues with the power to change ingrained voting habits. He spoke from the heart.

By contrast, while Christine Milne might well share his noble instincts, she is quite unable to convey them in a manner that strikes a congenial emotional chord. In fact, I have heard the unkind remark that her visage could curdle milk at 10 paces; and certainly her voice has all the appeal of a fingernail scraping across a blackboard.

That is not going to change; and there is no credible alternative within their ranks. Indeed, the increasingly prominent Senator Lee Rhiannon only adds to the wacky image of the party and the sole House of Representatives member, Adam Bandt seems to be shrinking daily into the mould of a booking clerk in a funeral parlour. Moreover, their policy development processes, as revealed by their holier-than-thou approach to the boat arrivals, leave them floundering in a sea of idealistic impracticality.

Externally, the Labor Party has finally realised that it must stop the leakage of votes to the Greens from its left wing and has joined the move to portray them as basket-weaving extremists totally irrelevant to the political mainstream. This was essential if Labor was to regain the public’s perception as the party of progress; and it seems to be working.

They are assisted in this by Tony Abbott’s determination to take his party further to the right. This has opened a wide gap on the left which can be filled by “progressive but responsible” policies on climate change, mining tax, disability insurance and education. Add to that the growing belief that Labor might at last have begun to turn the electoral corner (both despite and because of Julia Gillard) and the Greens’ isolation at the extremity seems likely become even more marked.

The first real test of this thesis will come in the ACT election in October. While there is still time for some local issues to intervene, the Greens’ members have not made any serious impact among voters. Apart from Speaker Shane Rattenbury, I doubt that one Canberran in a hundred could name a single Green representative in the Legislative Assembly. So their vote will reflect a general attitude to the party from an electorate that rated them very highly last time.

I think they are riding for a serious fall on October 20. 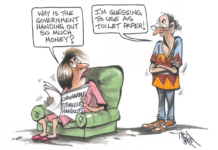 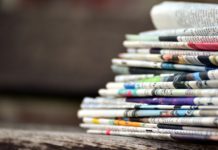 CityNews - April 3, 2020
1
With more people exercising outside on Canberra footpaths and streets, Pedal Power ACT is calling on the ACT government to lower speed limits for motorists.