BELEAGUERED staff at the ANU School of Music suffered another blow to their self-esteem yesterday when the University advised that their claims for direct transfer into the new positions in the School were rejected. 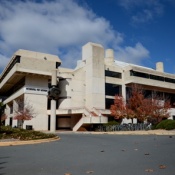 Though this can hardly have been a surprise, since the week before they were given 72 hours to make claim on their positions, the announcement has been condemned by the National Tertiary Education Union as “ nothing short of a disgrace and a further humiliation of the hard working and highly capable staff of the School.”

“In essence, ANU management have determined the vast majority of academic and general staff cannot work at the level they are currently at,” union representative Stephen Darwin said.

As reported last week in “CityNews”, the university has advertised for casual music tutors to fill the gap in instrumental and vocal teaching at the University, preferring, in its new curriculum, to focus on musicology and general studies.

Staff, including very distinguished academic staff with international music performance careers, were confronted at very late notice with job specifications that some, lacking the PhD qualifications that the university has strongly emphasised, would not have fared well on those criteria.

Those present staff members who were considering staying on have expressed doubts as to how the School of Music can reasonably expect to operate in the coming year.

The union supports this view saying, “when the NTEU walked out on negotiations two weeks ago we were extremely concerned that this type of hostile treatment of SoM staff was planned. We also warned that the School was under real threat if current staff weren’t transferred. So those making these decisions were under no illusions about the severe implications of these actions.”

Darwin said the union is now in the process of getting advice on the legality of these assessments.