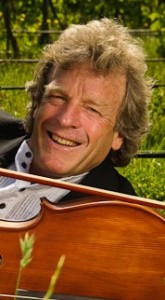 vultures are moving in,” says one leading musician) and disaffected music community members meet behind doors to plan their next move, the big question is whether a new music conservatory is feasibility.

Continuing from his recent “rebuke” to the ANU, on citynews.com.au, cellist David Pereira is wondering, too, as he marks what he calls  a “Winter Solstice of our Discontent”…

There can be little doubt that (musically-speaking) the ANU School of Music has been damaged beyond repair. Were it salvaged it might be glued and taped, repainted (poor preparation always visible under the surface), refitted and re-launched (no French bubbly this time!) with cleverly distracting spin, as an institutionalised model of “cutting edge” (keep a safe distance and wear ear protection) pseudo-musical mediocrity that could appeal only to staff and students of rare desperation. Would a Phoenix ever arise from such poor ashes? Or would the ANU School of Music smell for a very long time?

Our ’92 Tarago, battered and sullied (but only accidentally), at nearly 500,000ks is not yet at this stage of its life cycle although it’s been through two motors already.

Of course in the small pond that is Canberra, the presence of a large and dangerously listing musical vessel of unpredictable destination, would create difficulties for a better kind of good ship that might be introduced. Would it be best just to sink the old one after all, and start over without the bad memories? Or keep it – out, presumably, of (sic) an affectionate nostalgia – and focus on the good memories?

I wonder (in that self-absorbed, impractical, vaguely ethereal, wild and disconnected way that all excellent musicians have) what it would take to rebuild, or even better, build, a finest of reputations for the next hub of musical excellence here. Why? Well, it might brilliantly transfigure an act of vandalism into a miraculous conception, mightn’t it?

I also wonder (as before) what, even small-miraculously, could possibly occur that would attract lovely musical staff and students to our ANU’s School  of Music in 2013. My flight of fancy takes me to a time and place where vice-chancellors apologise or resign, their underlings fall on their own swords of shame, university best practice flourishes in glad relation with its supporting community, a musician of a [composer Larry] Sitskyan stature is entrusted with supervision of a music school’s re-engenderment, and many hands make light work of solving problems and meeting difficulties.

Anyway, it is time to stop with the bilge pumps over on Childers Street. The pride of the VC’s fleet will be refloated and stuck together in time for next year. Who will sail her? Will she go anywhere decent? Will she have a soul?

CityNews - November 23, 2020
0
It is a perfect storm. On the one hand, there is rising pessimism over Labor’s ability to compete with the Morrison government – especially during a pandemic. On the other, rising community impatience for decisive climate action, writes MARK KENNY.