WHEN things weren’t going well midway through this NRL season and the Raiders were close to the bottom of the ladder, some supporters took their frustrations out on the coach, the players and anybody who dared to suggest that we should have faith in the club. 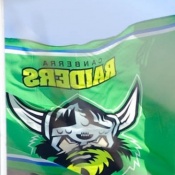 As the losses mounted the vitriol became more and more personal, much of it was directed at the coach, David Furner. Some questioned his credentials, others his ability to get the best out of his players. There were also questions about the family nature of the Raiders’ hierarchy and whether it was transparent.

The players were heckled as they left the field during losses to the Wests-Tigers and the Gold Coast. It was getting ugly.
I was getting inundated with emails from disgruntled supporters calling for the club to sack Furner and replace him with Ricky Stuart. There was next to no chance of that happening, but through social media, rumours took on a life of their own.

There was little analysis of why the team wasn’t performing; there was little acceptance that injuries were a key factor with nine players on the sidelines during the dark days. Take playmakers out of any side in the competition and it will struggle.

It happened at the Brumbies with the loss of their two first-string fly halves. That’s what happened at the Raiders with Terry Campese’s injury.
History will show the Raiders turned their season around big time once they were able to put the same team on the field week after week. The hope is that those supporters who turned on the coach and the team won’t be so quick next time.

SARAH Cook has been involved in rowing for most of her pre-adult and adult life, so it comes as no surprise that she has been tempted to try another sport.

After two Olympics as a rower, Sarah is trying her hand at sailing for Rio in four years’ time. By her own admission, she is a novice in the sport, but she is ready for the challenge. Her attributes include the fitness and strength of an elite athlete, a competitive spirit that comes with being an Olympic rower, and a strong will to succeed.

Good luck to her; it’s a gamble. If she can pull it off it will go down as one of the more remarkable changeovers in Australian sport.

YOUNG Canberra motor racer Mathew Hart has been invited to the US to trial in the starter class for the Indy Cars. Admittedly, it’s a long way from this category to the Indy Cars. Mathew says he is willing to give it a go. He is currently second in the Formula Fords in Australia and is keen to take the next step, whatever that may be.

He could end up in the V8s, Formula One, Indy Cars, who knows; it won’t be for lack of trying nor support from his family and the likes of local businessman Pat Seers.