THE appointment of Shane Rattenbury as Minister with responsibility for roads, rates and rubbish is a masterstroke by the returning Chief Minister, Katy Gallagher. 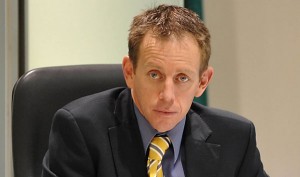 However, the primary challenge for the Labor Party and the Greens will be about retaining strong, positive relationships within the cabinet while being able to air differences of opinion in the chamber of the Legislative Assembly and in the public arena.

The Greens in Tasmania have managed their role within cabinet successfully since the last election. The same occurred in SA with independent Rory McEwen and the National Party’s Karlene Maywald under Labor Premier Mike Rann. Similarly, my own role as an independent minister in the Carnell and Humphries Liberal Governments was strongly dependent on high levels of reciprocal trust.

The challenges are greater for Rattenbury than they ever were in my case.

Apart from his critical role in cabinet, the new Greens minister has to reassure his party that his actions are consistent with the party’s policies and principles.

In my case, there were very few cabinet meetings where I did not exempt myself from discussion and decision. In practical terms, I would step outside the cabinet meeting room while the rest of cabinet would make their decision on matters with which I disagreed and wait to be invited back in for the next agenda item. The debate would then continue on the floor of the Assembly or in the public arena and through the media.

In the case of Shane Rattenbury, the judgements he makes will always be monitored and evaluated, not just by the people, but probably more stridently by members of his own party.

He will have to balance the responsibilities he has as Minister for Territory and Municipal Services, Corrections, Housing, Aboriginal and Torres Strait Islander Affairs and Ageing against the demands being made by the party.

He does have one considerable advantage. At this election the Greens clearly demonstrated their ability to take responsibility – at least in an economic sense – by carefully pricing their policies and explaining to the electorate how they would be financed. Following the successful negotiations outlined in the parliamentary agreement, Rattenbury is now in a better position to deliver than any of the Greens have been in the past.

The health portfolio has always been considered the “poison chalice” and the Chief Minister’s personal commitment in this area has her shouldering the responsibility once again.

There will be significant challenges implementing the national health reforms at the same time as delivering on local health issues. The support of the Greens will be vital. The issue of a needle and syringe program in the prison has now been tested in the election and the mandate given to Gallagher, as health minister, and Rattenbury, with corrections, to work together to deliver on their joint commitments as outlined in the “Parliamentary Agreement for the Eighth Legislative Assembly”.

In Canberra the issues around rates, roads and rubbish are almost as contentious as health and remain high in the minds of the electorate. On the one hand, Rattenbury has the ability to prove that the Greens are capable of handling the challenges of such responsibilities. On the other hand, he has the opportunity to ensure that Canberra becomes one of the most environmentally responsible urban communities in Australia. In doing so his own party and his constituency will understand the decision he has made to accept this ministry.

The reality is that the ACT Legislative Assembly, with its 17 members, will better serve the community with the arrangement being undertaken than had Rattenbury remained on the cross-benches.