THE ACT Assembly promises a series of firsts that should work towards better governance for the people of Canberra. 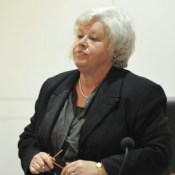 The Speaker comes from the Opposition. The single Greens member is a Minister who, rather than being placed with the rest of the cabinet, sits on the cross-benches. The committee system should benefit considerably from an adequate number of Government backbenchers. The Opposition Leader, Zed Seselja, has confirmed his position despite failing to win government.

The tone in the Assembly at Question Time at the end of the first week of sitting was in marked contrast to the vitriolic Question Time being conducted simultaneously in the Federal Parliament.

While the Prime Minister was embroiled in venomous questioning about her personal conduct as a lawyer around two decades ago, the local Opposition were already challenging the Government on such issues as economics, tax reform, disabilities and the effectiveness of the Chief Minister in managing the health portfolio.

An effective start was illustrated by nine members of the Assembly contesting the right to raise an issue as a “Matter of Public Importance”. On the day, it was one of the newest members, Government backbencher Yvette Berry, who introduced discussion on “The importance of healthy lakes and waterways to the future of the ACT”.

The position of Speaker is fundamental to the good operation of our democracy. Vicki Dunne as Speaker is an excellent choice. She has demonstrated her capacity in committees, as a committee chair, as manager of Opposition business and has had wide experience in a range of positions as a shadow minister. She is in her fourth term as a member, but served as a ministerial adviser to a Deputy Chief Minister and Chief Minister before her election in 2001. The Deputy Speaker, Mary Porter would also have been very effective in this position.

However, having a Speaker who will take the task seriously, make fair decisions but be so obviously at arm’s-length from the Government, is likely to enhance the tone and effectiveness of the parliament.

The agreement between Labor and the Greens, which returned Katy Gallagher as Chief Minister, does not go to the matter of where Shane Rattenbury physically sits in the Assembly. That he sits on the cross-bench separated from the other ministers is also a first for the Assembly. This slight separation will make it even more obvious that, although he is a member of the Government, he is not a member of the Labor Party.

Managing an Opposition Speaker and a Greens minister will not be easy for Chief Minister, Katy Gallagher. However, she is adept at interpersonal relationships and her willingness to accept and work in this way also reflects the likelihood of an effective and accountable government. The agreement she has signed refreshes a long-term Government and sets out a blueprint covering taxation reform, homelessness, education, our environment, light rail and renewable energy. She is guaranteed her Budgets and the right to remain Chief Minister – except in terms of such things as “gross corruption”.

Meanwhile, the challenge for Seselja, will be to work out where he can get Rattenbury on side so that he can deliver on at least some of the agenda of the Liberals.

No doubt the relationship between Rattenbury and Gallagher will be tested over the next four years, but their agreement opens with a statement to “maintain a relationship characterised by mutual trust and respect”. If the cabinet can manage this aspiration, the other challenges will fall into place.