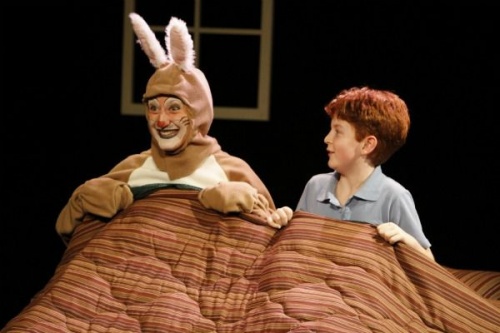 THIS play about a little boy and his beloved toy bunny is intended for very small audiences and deals with the need to be loved and to be acknowledged.

In the strange, parentless atmosphere of this play, that question is as important for the child as for the toy.

Adapted by Scott Davidson from the story by Marjery Williams, it is set in  the nursery and playground of The Boy, played by the bright-as-a-button Canberra actor Ben Burgess.

Burgess has made his mark on our stages in the last couple of years, notably as the young Peter Allen in “The Boy from Oz”. Now he shares centre stage with the vivacious  Kiki Skounztos as The Velveteen Rabbit.

Carefully guided by director Jarrad West, the two characters play off each other with animated facial expressions and interactions just right for the intimate setting, where the Courtyard Studio effectively becomes a larger-than-life space for the energetic play.

Duncan Driver and the Emily Ridge, play a variety of toys, animals and human beings, while Miki Beckett, though pleasantly authoritarian as Nana, hits a high note as the wise old rocking horse in the corner.

“The Velveteen Rabbit” runs for just 45 minutes and is a gentle, touching alternative to some of the over-the-top entertainment imposed on very young audiences these days. 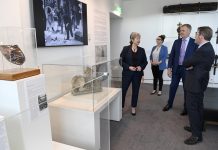