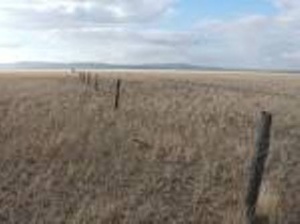 THERE’S good news to hand that, after the cancellation of most of this year’s “Weereewa – a Festival of Lake George”, a new committee has been elected with photographer, broadcaster and art advocate Barbie Robinson as president.

Planning, they say, is well underway for the next festival, which will take place from March 21 to 30, 2014.

While officially they’re attributing  this year’s cancellations to “the inclement weather”, it is well known that inclement relations among some organisers were the real cause.

But now, Robinson has told “CityNews” that “there are so many people with an interest in or passion for the lake” and she is confident that the event will once again “inspire awe and wonder.”

Robinson says the newly elected committee is a good mix of long-standing members and new people, all of them with a strong commitment to a successful festival with the township of Bungendore as the centre for many of the planned events.

The 2014 festival will be modelled on past Weereewa Festivals, in which Canberra and region artists, writers, environmental scientists and all those fascinated by this lake of mystery will participate in events and projects across many venues and interest areas.

Mirramu Dance company director and festival founder Elizabeth Cameron Dalman will return to the position of artistic director, while Richard Scherer takes up the job of public officer. Christine Vincent continues as treasurer and Philippa Kelly as secretary. The committee is completed with George Mackintosh who has a particular expertise in graphic design, Sharon Rasker and Gai Jones.

Previous sponsor Infigen is coming on board again.