WHEN you contemplate the Canberra Theatre’s next season, “Collected Works Australia 2013”, one thing is glaringly obvious – there’s a centenary coming up. 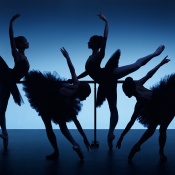 There will be  a whopping 20 productions for “season ticket-holders” to choose from (“we don’t call them ‘subscribers’ any more,” the theatre says) – the usual season has between 10 and 12 shows.

There are inclusions from every State and Territory in a bold, “we are the national capital of Australia” statement, but some motifs emerge clearly.
From Aboriginal Australia come Bangarra Dance Theatre’s “Blak”, Big hART’s “Hipbone Sticking Out”, “Jack Charles Versus the Crown” and the NT’s “Wulamanayuwi and the Seven Pamanui”, which uses actors and puppets to tell a Tiwi Island tale.

Behind the program lurks the figure of the creative director of the centenary, Robyn Archer, so it’s no surprise that the season looks a bit like the old National Festival of Australian Theatre.

Statewise, from Queensland comes circus with a twist in “Wunderkammer”; from SA there’s Brink  Productions’ (with the English Touring Theatre) “Thursday”; from Tasmania, “As We Forgive” by contemporary playwright Tom Holloway; from WA, “Shrine,” by Tim Winton and there are several from NSW and Victoria.

For dance lovers, it’s a big year, too, with Bangarra, the Australian Dance Theatre’s “G”, the Sydney Dance Company and Australian Chamber Orchestra collaboration “Project Rameau” and the Australian Ballet’s “Symmetries”, a Centenary-commissioned piece inspired by – of all things – the architecture of Parliament House.

Favourites include The Wharf Review, John Bell as Falstaff in a 200-minute “Henry 4” and, later on, Bell Shakespeare’s “The Comedy of Errors”.
At the weird and wonderful end are “Brief Encounter”, theatre, film and the songs of Noel Coward, and VERSION 1.0’s “The Major Minor Party”, tracing the emergence of the Australian Sex Party.

Finally, in QL2 Dance’s “Hit The Floor Together”, Everyman Theatre’s “Home At The End” written by Duncan Ley and Jigsaw Theatre’s “Michael France Willoughby in Elohgulp” there is a Canberra element, though not nearly as much as there should be for our Centenary year.
Alas and alack, the absence of a strong professional theatre company in the nation’s capital is an unfathomable mystery.

“Collected Works: Australia,” bookings to 6275 2700 or canberratheatrecentre.com.au/season2013
Season 2012 ticket holders have priority access until October 5, new season-ticket holders will be processed from October 8; single tickets go on sale on November 26.

Paul Dorin - September 15, 2020
0
Cartoonist PAUL DORIN has some advice for the Prime Minister...

Revealed: the backroom faces in fight for your vote