A NEW fleet of 32 environmentally friendly garbage trucks that run on a soy-based biodiesel blend will collect Canberra’s rubbish and recycling from October. 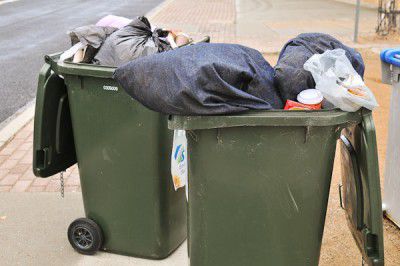 Minister for Territory and Municipal Services Shane Rattenbury announced today that a new contract has been awarded for household waste collection service to SITA Australia.

The company will be paid about $120 million over a period of ten years, according to the Minister’s office.

The ACT Government’s current ten-year, $103 million contract for domestic waste collection with Brambles Australia, trading as Cleanaway, ends on October 28 and the new contract takes effect the next day.

Mr Rattenbury said the new provider was chosen through an “open market tender process” based on value for money, technical capabilities and their overall capacity to provide services.

“SITA is a reputable company with in-depth knowledge of collection, transportation and waste processing gained through 40 years experience of waste management in Australia,” Mr Rattenbury said. “They currently provide services to more than 56,000 commercial and industrial customers and more than 3.7 million residents each week across Australia.”

“The ACT Government looks forward to working with SITA to continue educating the ACT community in household waste and recycling.”

CityNews - November 23, 2020
0
AS most of us were stirred from sleep by the intense thunderstorm and torrential rain and hail overnight, the irrepressible former news photographer ANDREW CAMPBELL couldn't let old habits die.