ACT Chief Minister Katy Gallagher and Prime Minister Julia Gillard signed an agreement today that will put in place education reforms recommended by the Gonski review across the territory. 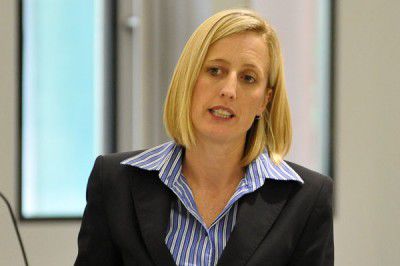 Ms Gillard announced the historic agreement today at Lyneham High School, saying the reforms would deliver $190 million to the local education system from next year and benefit around 62,000 students.

The Chief Minister said the agreement “puts to bed the government and non-government school divide once and for all”.

“What this means is there will be no school worse off in the ACT, indeed all schools will receive extra support over the next six years,” Ms Gallagher said.

“What it also means is that for every student in the ACT, regardless of where you go to school, whether you go to a Catholic system primary school, or a small primary school on the outer of Canberra, or in a busy, large school in the middle of Canberra, you will get the same access to resources and support as every other student in the territory.” 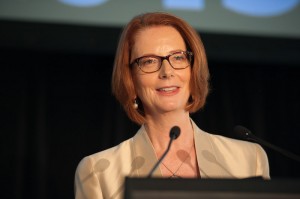 The Prime Minister also announced that the federal government would provide $26 million over six years to establish “a centre for quality teaching and learning at the University of Canberra”.

“We believe the ACT is the right place for such a centre because of the high achievement of its schools,” Ms Gillard said.

One Lyneham High student made sure the Prime Minister’s visit made national headlines for all the wrong reasons by throwing a sandwich that narrowly missed Ms Gillard, who laughed off the incident.

The agreement incorporates the National Plan for School Improvement, which will see the two governments work together to achieve the following goals.

The Gonski plan means ACT schools will be funded to at least the level of the new Schooling Resource Standard (SRS) by 2019.

Schools with current funding at or above the new SRS will not lose funding, and according to the government, “will see their funding grow in real terms”.

Michael Moore - October 18, 2020
3
"Alistair Coe prided himself on refusing to use a negative campaign as noted, in his gracious concession speech. Why? Labor was vulnerable on poor performances in education and health and corruption," writes political columnist MICHAEL MOORE.