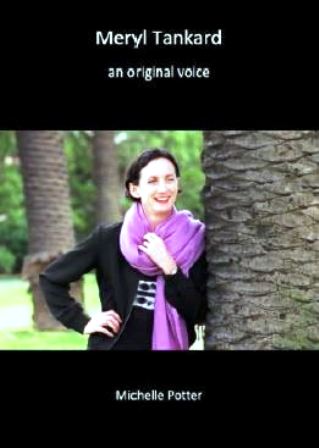 LOVE her or hate her, most dance-loving Canberrans have an opinion about the work of Meryl Tankard.

That is hardly surprising given that Tankard’s first dance company was located here in Canberra from 1990 to 1992, a period of extraordinary  creative output during which the artist, already famous from her years with German choreographer Pina Bausch and for her work for large-scale  events and theatre productions in Sydney, created new works of extraordinary intimacy and depth.

Dance historian and critic, Michelle Potter, has been reviewing and reporting on Tankard for many years. She has already published on Tankard, but this time in research partly based on a fellowship at the National library of Australia, Potter presents an exhaustive chronicle of her work, followed by analysis that brings us up to the present time.

Well documented, this publication serves as a useful starting point for any scholar wishing to take the study of Meryl Tankard a step further.

By using print-on-demand technology, she introduces an affordable means of publishing important cultural history, though the flimsiness of the cover is a problem.

The first part of the book (Chapters 1 to 8)  is essentially a history, step-by-step, through Tankard’s  career, her early years as a child in Darwin and Ringwood Victoria, through her training in Melbourne, her experiences at the Australian Ballet School and the Australian Ballet itself, her time in Germany with Bausch, her return to Australia, her period with the Meryl Tankard Company  in Canberra and the Meryl Tankard Australian Dance Theatre in Melbourne, then into the post-Adelaide period of independent choreography over several continents.

This section of Potter’s book is descriptive, so much so that one longs for analysis, but that, it turns out, is to come.

The next part of the book revisits the key periods of Tankard’s life and career and some depth, culminating in a fine piece of analysis in Chapter 9, “The Voice,” where she offers the kind of critical assessment and analysis that you would expect from a scholar like Potter, who makes a cogent case for seeing Tankard as an original voice, even in Germany admired as a kind of Aussie battler.

At no time does Potter  shy away from the fact that Tankard has as many detractors as admirers, and this is one of the entertaining features of the book. She does permit herself enough editorial comment, however, to let us know that she views some of the detractors as poorly or only partially informed.

As well, using the many interviews she has conducted over the years with Tankard, she allows the artist ample space to justify herself.

To Canberra dance lovers, the question of why we no longer have a full-time dance company in this city is perennially debated. Potter’s book goes some way towards explaining that, as she examines the difficulties experienced with funding bodies and the board by both Don Asker’s Human Veins Dance Theatre and Tankard’s reinvention of the same company.

The book’s coverage of the Canberra period is necessarily and rightly extensive, for it was here that she developed a choreographic style that was distinctively Australian and more “larrikin” than the work of Bauch.

While the descriptive sections of the book are useful and most helpful to anyone embarking on research, to my mind Potter hits her straps in the second half, where she introduces the reader to Tankard’s working methods, sometimes quoting artists like Tim Harbour and Paige Gordon, who worked with her.

In the end, Potter reminds us that for a time, it was Meryl Tankard who put Canberra on the dance map.

“Meryl Tankard: an original voice,” by Michelle Potter, CopyQik print on demand, Canberra, 210 pp,  $30 (includes postage and packing), orders to http://michellepotter.org also available at the NLA bookshop until the end of May.