TWO people were slashed with a box cutter in Braddon last night during separate attempted robberies which police believe were committed by the same man. 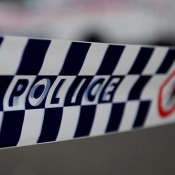 A 54-year-old man was stabbed in the leg with a box cutter at about 8.30pm near the Northbourne Flats, by a man who had approached him and demanded his wallet.

The mugger fled the scene and the victim was taken to the Canberra Hospital.

At 10.30pm, an 18-year-old woman was attacked as she walked through Haig Park towards the Northbourne Flats. A man grabbed her from behind and tried to cut the strap of her handbag with a box cutter. The woman received cuts to her face and clothing.

Police describe the attacker in both incidents as being in his early 20s, approximately 178cm (5’10”) tall with dark hair, wearing a dark coloured hooded top and Doc Martin boots.

Anyone with any information can contact Crime Stoppers on 1800 333 000 or go to act.crimestoppers.com.au. Information can be provided anonymously.