SPRING has sprung and our garden writer Cedric Bryant is bemoaning the absence of the beautiful beflowered hanging baskets around the city.

“Where were the plants during Floriade, the greatest flower show in the Southern Hemisphere, we are told?” he harrumphed.

He sent in a photo from Northern Ireland saying: “This is the way to do it, Belfast style; that is what I call a hanging garden!

“Why did the city not rise to the occasion?”

We’re rising a little later these days, it seems. A call to the Civic basket sponsors Canberra CBD Ltd. revealed that the flowers will be back, but not until November 15.

How to win friends

The Sydney-based new owner of Kids’ Zone, the only child-care centre in town, is threatening parents that children will lose their spots if fees are not up to date by month’s end and, at the same time, withdrawing the convenience of Eftpos or credit card payments.

And if parents weren’t getting the hint, a menacing general missive from BKZ taunts them that there are 122 children on the waiting list “and Thomas has told us that if fees are not brought up to date by 31 October, your child’s place for next year will be in jeopardy.”

Worse still: “For those families whose child is going to school next year, Thomas has advised that your place will possibly become vacant from the beginning of next month.”

Warming to his monopoly spot, Mr Xu is prepared to shame the childcare-dependent community into action with the astonishing revelation that: “We currently have 70 families in our centre and only seven of them are ahead with their fees and two families are at zero balance. This leaves a total of 61 families whose fees are in arears [sic].” Clearly, it’s time Thomas Xu had some competition.

Our celebrated fellow citizen, who did so much for disabled people in Canberra, found himself as a “10-pound Pom” in Sydney in the late ‘60s, married, earnestly saving for a house and, for a short time, improbably running the Pink Pussycat club in King’s Cross.

In an eloquent eulogy, friend Jeff House said that, faced with stiff competition from Whiskey A-Go-Go, Allan upped the artistic ante and instructed his performers to partially abandon their modesty and, in doing so, became the man who “invented” topless dancing in Australia?

CC was sent a list of unused words by a reader the other day and became entranced about this lost lexicon. For instance, snollygoster is a 19th century American word for “a dishonest or corrupt politician” and snudging is the art of striding around as though you’re terribly busy, when in fact you are doing nothing, which is up there with gongoozle, which is to stare idly at a canal or watercourse.

What fun, by George!

THOSE decent chaps at the Australian Monarchist League (ACT and District Branch) are inviting fellow forelock tuggers to drinks to celebrate the birth and baptism of His Royal Highness Prince George of Cambridge.

The jolly jape’s at the Hotel Kurrajong, Barton, 6pm-8pm, on Wednesday, October 23. Tickets are $30, bookings by Monday, October 21, to trybooking.com.au/DTDY. More information from aml.act@gmail.com.

THE public face of the Salvos, former cop Dale Murray, is moving on. After more than three years, Capt Murray says he’s off the comms job and next month the Army will deploy him, probably to Queensland. He says he’s loved living in Canberra and will depart the Territory at Christmas. 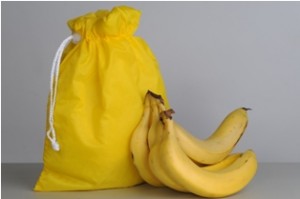 OVERRIPE bananas are a thing of the past. CC has discovered a simple something called The Banana Bag that, its Australian distributor says, works by providing bananas with the exact amount of insulation and air needed to stop the flesh over-ripening, yet keeps the skin warm enough to prevent it from blackening. You can keep bananas in a Banana Bag in the fridge for a couple of weeks. A best seller in the UK, The Banana Bag is priced at $9.95 and available online at bananabag.com.au .

SNIFFY note from an unhappy Liberal points out that at the previous election Gary Humphries was elected on Count 5, while Zed Seselja fell over the line on Count 39. Yes, but…

MAKES you wonder… back in July the new ASIO Building was opened with great fanfare by then-PM Kevin Rudd. Apparently, after the ceremony and the media had gone, everything was packed up, lights out and the spooks disappeared. CC understands that there is still no-one working there. Can that be possible?