AN AUCTION for Canberra Centenary “C 100” number plates closes at 4pm today, with the current price sitting at just over $6000.

The “C 100” plates are from a series of commemorative sets numbered from 001 to 100 that can be fitted to any ACT-registered vehicle, and are being auctioned online to raise money for Dollars for Dili, the official Centenary charity which benefits the people of East Timor.

The first in the series, “C 001” will also be auctioned later in the year to raise money for Boundless, a project to build a large playground on the side of Lake Burley Griffin for children of all abilities to play together.

The online auction site Pickles Plus donated its services free of charge for both sets.

Including the $6000 already bid, Centenary of Canberra charity drives have raised almost $80,000 for Dollars for Dili so far.

Some of the other sets of plates between 001 and 100 will be allocated to Centenary sponsors, and up to 50 will be provided to ACT not-for-profit and charitable organisations, according to Centenary of Canberra executive director Jeremy Lasek.

Mr Lasek says organisations need to have “deductible gift recipient” status and deliver services in Canberra and the ACT region to apply for the plates, and urges organisations to apply soon if they have not already.

“They will be selected based on how they will use a Centenary number plate to raise funds for their own work and for Dollars for Dili, to give as many people as possible the chance to win a number plate,” he says. 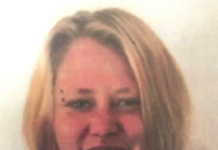 Police are concerned for missing Jemma