THE ACT Greens want to keep the ACT Legislative Assembly to three electorates, but increase the number of members in each to at least seven.

Greens MLA Shane Rattenbury says the party believes three electorates with between seven and nine members each would “deliver better representation and diversity”.

“Our proposal of three electorates is the best way to improve local representation and minimise splitting the seven geographical districts of Canberra,” Mr Rattenbury says.

The Greens point out that two of the ACT’s seven districts – Gungahlin and Woden – are split across two electorates, which means responsibility for local issues in these areas is shared between two MLAs.

“Having five electorates would inevitably mean that more ACT districts would be split between electorates in the same way as Gungahlin and Woden,” Mr Rattenbury says. “As the jurisdiction with the least number of elected representatives per voter – and local and state responsibilities –  we can’t deny that the workloads for MLAs are too high.”

The ACT Greens and ACT Labor both lodged their submissions to the Review into the size of the ACT Legislative Assembly on Friday. The Labor Party favours five electorates with five seats each.

In his February 19 submission, Emeritus Professor John Warhurst of the ANU School of Politics and International Relations also recommends a five-by-five structure, and says the number of seats in each electorate is “not just a technical question but also a political one”.

All public submissions to the review are available at www.elections.act.gov.au 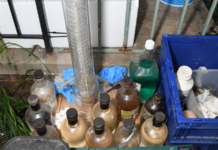 0
“Never Rarely Sometimes Always” chronicles two days during which Autumn and bestie Skylar travel to and from rural Pennsylvania to New York in search of a termination of Autumn’s unintended pregnancy. It pulls no punches, says reviewer DOUGAL MACDONALD.