POLICE have released dramatic images of an armed robbery at a Fyshwick service station in the early hours of this morning. 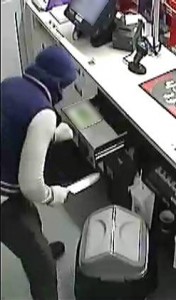 A masked man entered the 7-Eleven service station at about 1.24am this morning, holding a large kitchen knife, and walked behind the counter to remove cash from the till while a staff member was outside checking fuel levels.

The robber, who is pictured in the CCTV images accompanying this article, left the store with some cash and threatened the attendant on the way out.

Police have already seized a white Mitsubishi Triton, which they suspect was used in the robbery, from the Reid CIT car park. 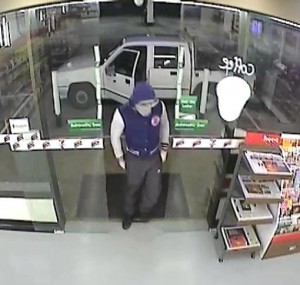 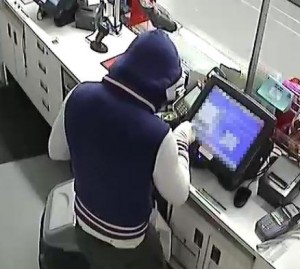 Anyone who saw someone similar to the man pictured in the images around Canberra Avenue, Fyshwick, at the time of the offence can contact Crime Stoppers on 1800 333 000 or at act.crimestoppers.com.au. Information can be provided anonymously.