FOLLOWERS of award-winning restaurants tremble with excitement when opening Australia’s only annual restaurant guide, to see how Canberra has performed on the national food stage.

Okay, this year we didn’t rank in the top 100 nationally and none of our restaurants were awarded two or three stars. But we did deliciously well, nonetheless.

So, who placed in the top 10 for the ACT in the just-released 2014 guide, published by “Gourmet Traveller”? Let’s serve it up.

Aubergine is number one with a sparkling star attached to its name (the only restaurant here to be awarded a star).

And a smattering of our best bars and cafes were also mentioned, including Smoque and Soju Girl.

The magazine’s reviewers spend six months tracking down the country’s top dining experiences. Quality of food is paramount, but so, too, is service and comfort.

I’ve been writing food stories for “CityNews” since February, 2003 – that’s around 480 stories so far. And I’ve eaten at all places listed in this year’s guide.

What do I think of the selection? Most entries didn’t surprise me (some did). And that’s because these establishments have consistency down pat. In my mind, consistency is the biggest issue facing hospitality in this town.

Often throughout my “foodie” writing life I’m involved in conversations that go like this… “How could you write such a good article on that restaurant? My experience was awful” or “How could you be so picky? I’ve never had a bad meal at that cafe”. My response is usually: “Lack of consistency”.

But this article is about celebrating and I toast all establishments in the 2014 guide. I was recently at Italian and Sons, dining with an Italian friend, and came away enamoured with the amazingly tasty food and stunning wine list. I’ve never had a bad meal there (that’s consistency for you) and promise to return more often.

I’m looking forward to a special food event at Malamay in a few weeks and worship how its team creates sensational Sichuan cuisine (consistently).

I love to dine at the lake at Water’s Edge and applaud chef Clement Chauvin’s passion for preparing beautiful food, beautifully plated (consistently). And I could go on and on.

As for Eightysix? When I saw the restaurant’s caramel popcorn sundae on the cover of “Gourmet Traveller” I knew I had to try it, which I did last weekend. At the end of a yummy lunch, which featured fresh ceviche, crispy brussels sprouts and succulent chicken with a sexy buttermilk coleslaw, I indulged. What can I say, except you need to book, and soon. 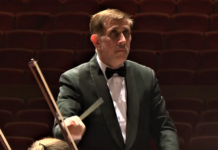 Thumbs up for pretty, peaceful dining at the river