WITH  the proliferation of international film festivals, Canberra audiences have recently enjoyed the opportunity of exploring the world through a medium once known for its excellence in propaganda, but now capable of telling uncomfortable truths. 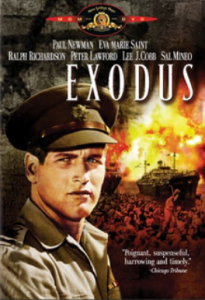 The Latin American Film Festival has always been notable for exploring the darker side of society in its member countries and the Russian Resurrection Film Festival seems to welcome darkness without open arms.

Coming up this week at Palace Electric Cinemas is a festival to challenge everybody’s conceptions – the 2013 Israeli Film Festival.

There’s the poignant, if somewhat melodramatic, opening night film, “The Ballad of the Weeping Spring” where a dying man searches have the best musicians in the world to perform a new composition.

And there’s some out and out Hollywood blockbuster in the closing film, Otto Preminger’s 1960 adaptation of Leon Uris’s “Exodus”, his take on the time of the Palestinian mandate. With Paul Newman, Eva Marie Saint and Sal Mineo in the leading roles, it was a box office hit in its time, but, preceding the Six Day and Yom Kippur wars and the subsequent explosion of the crisis in the Middle East, it is now viewed differently.

If there’s one thing that this festival proves it is that you can’t keep a filmmaker down. In all, there are 20 films, shot from Germany to Tel Aviv and Haifa.

One of the sensations of the season is likely to be documentary maker Dror Moreh’s film “The Gatekeepers,” a searching look at Israel’s internal secret service, Shin Bet. Oscar-nominated for the best documentary feature in 2012, it was described by the “New York Times” as “essential, eye-opening viewing if you think you understand the Middle East”. Moreh will be in town for a Q&A on Friday, August 16.

Then there is a whole swag of films that deal face-on with the lives of Arab-Israelis and Palestinians, by my count over a third of the entire program. I’ve already seen three of them – “The Lesson”, in which Egyptian-born Layla, turfed out of her family home in Bethlehem and alone in Jerusalem, takes a driving lesson. The subplot of this film is the cultural alienation of a generation of Arab-Muslims like her daughter, who is about to marry an Israeli.

That and several other films pick up on the question of the younger generation. In “Inheritance”, an Israeli-Arab family living in northern Galilee feels its family honour threatened when the daughter falls in love with an English academic.

Another side of the youth issue is seen in “Out in the Dark”, where Palestinian graduate student Nimr falls in love with an Israeli man, Roy, against a background of gay bars in Jerusalem, Ramallah politics, violence and prejudice.

In “Inch’allah”, a young Canadian doctor divides her time between Jerusalem and Ramallah, where she works at a UN clinic. That stars actress Sivan Levy, who’ll do a Q&A on August 19 after the screening of “Six Acts”, in which she also stars, followed by a live performance by Levy and guitarist Yoav Rosenthal. 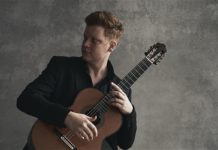 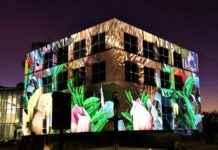 Danielle Nohra - February 26, 2020
0
THE Deakin Residents Association is taking matters into its own hands after the ACT government failed to support its proposal to help beautify Deakin’s La Trobe Park.