THE Australian retail sector eked out its first positive trading performance in three months through May, but sales in ACT continue to fall.

Figures from the Australian Bureau of Statistics showed overall retail trade for Australia lifted by 0.1 per cent in the month the Reserve last cut rates.

It was the first time since February that the bureau had reported a lift in monthly retail sales.

Over the longer term, New South Wales remains the strongest contributor to growth (up 0.4 per cent in trend terms).

Throughout the year, Australian retail turnover rose 2.3 per cent in May 2013, seasonally adjusted, compared to May 2012. 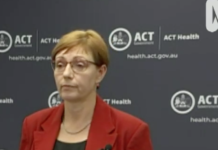 CityNews - March 26, 2020
0
The ACT government has committed $1.5 million over the next six months to establish a new food pantry for vulnerable Canberrans during the coronavirus pandemic.