“A VITRIOLIC parliament” over the last three years is one of the reasons to explain the demise of the Labor vote across Australia, says Senator Kate Lundy. 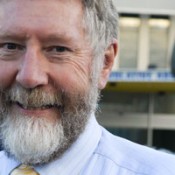 It also accounts for traditional Labor voters going to the Greens, she told ABC radio.

She was joined by new ACT Senator Zed Seselja to discuss the Senate result in the Territory and across Australia.

Seselja pointed to Labor’s lowest-ever primary vote in the ACT Senate ballot to divert the focus from how poorly the Liberal Party performed. Across Australia there was a big swing to the Liberal Party except for the ACT where Simon Sheikh, of the Greens, came closer than ever to winning a Senate seat.

The swing away from the major parties was not quite enough to beat Seselja, but it did provide a warning. The Liberal spot in the Senate has become more and more vulnerable at each election.

Although the result would not have changed had the Animal Justice Party directed its preferences more logically to the Greens than the Liberals, it does illustrate just how vulnerable the Liberal Senate seat is becoming.

At the next election, if a strong centrist candidate swaps preferences with the Greens, it increases the likelihood of toppling Seselja.

Meanwhile, Andrew Leigh has comfortably returned to the seat of Fraser, and is now contemplating what a new, refreshed Labor should look like.

He sees three options: firstly, take on the negative, vitriolic approach of the Abbott opposition allowing no quarter – give them their own medicine; secondly, try rebuilding the old Labor, but demand unity and cohesion (Leigh calls this “closed Labor”), or thirdly, build a new Labor based on social democrat or small ‘l’ Liberal views which Leigh dubs “open Labor”.

Although Leigh has not yet expanded on these views in writing – and he is a prolific and thoughtful writer – he has shared in discussion some of the concepts he is considering.

The temptation to take on the negative approach that was the hallmark of the conservative Opposition under Abbott is great.

However, the swing to the alternative and micro parties at this election rings warning bells about dissatisfaction with what Senator Lundy has branded “vitriolic politics”. Besides, like most people who enter politics, Leigh has done so to build a better society rather than play the political game of rip, slash and destroy.

The negative impact of disunity over the last few years has been so evident that the second alternative of rebuilding Labor’s old values with a strong focus on the unions and the workers would require a strong unified approach other than on conscience votes.

The election contest between Bill Shorten and Anthony Albanese has marked the end of any opportunity to achieve a return to the past.

Building a new Labor is the third alternative. The Liberal Party under Abbott has become more conservative and has abandoned the political middle ground.

Across the world, this is the ground of the social democratic parties and Labor has the opportunity to show that it can also be socially progressive. However, the party has to find a way to retain its original values of supporting the vulnerable and the workers while wrestling with conservative elements within its own ranks.

Such an approach will take time, courage and political leadership, but by wrestling with these concepts they will be looking to opportunities for a brighter future.

CityNews - October 30, 2020
0
A Goulburn man was arrested this morning (October 30) after police found $1 million worth of cocaine in a storage complex in Queanbeyan earlier in the year.