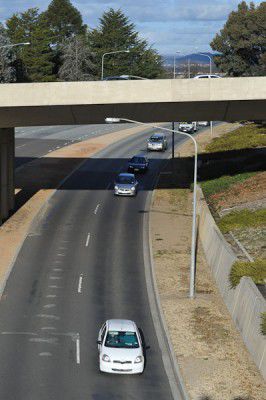 CANBERRA’S roads are generally considered to be pretty good, but the NRMA still wants to know which one you hate the most.

Today the motoring association launched its third annual survey of NSW and ACT road users, “Seeing Red on Roads”, which it uses to lobby federal politicians to spend more on fixing roads.

Alan Evans, the NRMA board member with responsibility for the ACT, says more than 25,000 drivers from throughout NSW and the ACT responded to the survey since it was launched in 2011.

The five worst roads in the ACT and surrounding region from the 2012 survey were: the Kings Highway at Braidwood, the Barton Highway at Murrumbateman, Majura Road (currently undergoing roadworks), the Hume Highway at Yarra and the Monaro Highway at Fyshwick.

The “Seeing Red on Roads” survey is at mynrma.com.au/redflag and will be open until June 14.