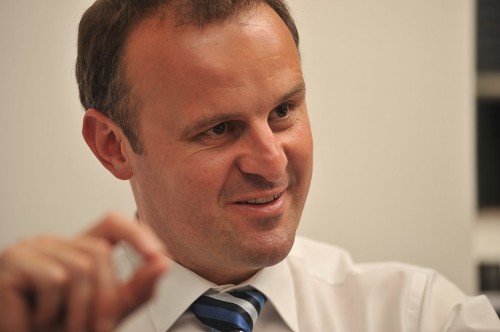 THE Auditor-General has savaged the Independent Competition and Regulatory Commission (ICRC) over claims it made about the behaviour of ACTEW in its water pricing deliberations, while raising questions about the validity of the process.

The Auditor-General’s report concluded: “Assertions made by the ICRC that ACTEW deliberately withheld information from the ICRC in the course of the water and sewerage pricing process, including that ‘whilst it was in possession of the information, ACTEW did not want to release the information and be responsible for influencing the outcome of the upcoming election’ are not supported by evidence. Accordingly, the ICRC’s view that ‘the actions or inactions of ACTEW [posed] a threat to the public interest’ is also not supported.”

The Auditor-General also found there were problematic conflicts of interest throughout the water pricing system and that Treasurer Andrew Barr had issued inadequate terms of reference leading to invalid price directions.

Andrew Barr and Chief Minister Gallagher have responded saying it’s too hard to eliminate conflicts of interest in Canberra and that they will legislate to validate the price direction.

“The ACT Government maintains that the Terms of Reference and price direction are valid. However, to remove any doubt in relation to this issue, the ACT Government will introduce a Bill into the Legislative Assembly as soon as possible that will, if passed by the Assembly, confirm the validity of the price direction, and in particular, the average price cuts included in that direction,” they said.

“The Auditor-General has also raised concerns about whether a single Minister (in this case the Treasurer) should have portfolio oversight for the ICRC and act as a shareholder of ACTEW. The need to balance sometimes conflicting objectives in acting in the overall public interest is, however, common in all jurisdictions and a key responsibility of all Ministers. In addition, separating out these roles in a small jurisdiction like the ACT is not always feasible. The government is satisfied that there are appropriate safeguards to mitigate potential conflicts and welcomes the Auditor-General’s conclusion that the Treasurer’s roles were clearly defined and carried out during the pricing process.”

“This is a comprehensive report and has validated the concerns that we had about the the pricing determination process,” ACTEW Managing Director John Knox said.

FURTHER UPDATE: Late to the party the Liberal’s Brendan Smyth has taken the obligatory free kick at Andrew Barr’s expense.

“The Auditor-General’s report shows that the price determination process was doomed from the beginning and is potentially invalid because Andrew Barr failed to deliver sufficient terms of reference for water and sewerage price setting,” Shadow Treasurer Brendan Smyth said.