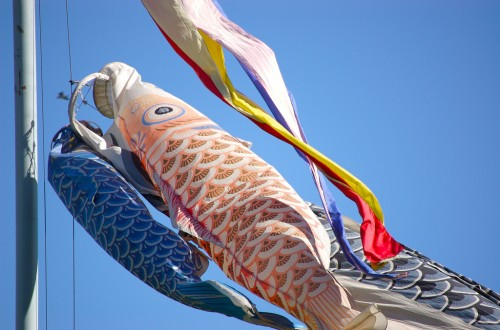 AUSTRALIA and Japan have concluded a free trade agreement that will bring better access for local beef exporters and cheaper imported cars.

The deal, finalised during Prime Minister Tony Abbott’s visit to Tokyo, is the culmination of negotiations that started in 2007 under John Howard and when present Japanese PM Shinzo Abe was previously in power.

Speaking at a joint news conference with Abe, Abbott said the FTA could be as historic as the agreement that Abe’s grandfather negotiated with Australian Prime Minister Robert Menzies in the 1950s.

This was the first time Japan had negotiated a comprehensive economic partnership agreement, or FTA, with a major economy, particularly one with a strong agricultural sector, he said.

Japanese determination to protect its farmers has been a major stumbling block to earlier finalisation of the FTA.

Abbott and Trade Minister Andrew Robb said in a statement that the historic FTA would be “good for the Australian economy, good for jobs, good for farmers and good for consumers”.

Better access for agricultural products including beef, cheese, horticulture and wine would give Australia a “head start over our competitors in this market”.

It was a windfall for the beef trade, our biggest agricultural export to Japan, currently worth $1.4 billion, they said.

The tariff on frozen beef will be halved, from 38.5% to 19.5%, with deep cuts in the first year. The full fall is to take place within 18 years, while a fall to 23.5 % for chilled beef is to be achieved within 15 years. There will be limits on how much beef can be imported into Japan.

Cheese, Australia’s largest dairy export to Japan and worth $372 million, would gain significant new duty free access. Tariffs would be eliminated on various fruit, vegetables and nuts. So would the tariffs on canned products, such as tomatoes, peaches and pears and fruit and vegetable juices.

There will be better access to the Japanese market for financial, education, telecommunications and legal services.

More than 97% of Australia’s exports to Japan will receive preferential access or enter duty free when the agreement is fully implemented. But some changes will have very long lead times as the FTA is phased in.

The agreement will promote the further growth and diversification of the flow of Japanese investment into Australia by raising the screening threshold at which private Japanese investment in non-sensitive sectors is considered by the Foreign Investment Review Board from $248 million to more than $1 billion.

But Australia has reserved “policy space” to screen proposals for investment in agricultural land and agribusinesses at lower levels – in line with the Coalition’s election promise.

The free trade agreement that has already been concluded with South Korea will be signed tomorrow during Abbott’s visit there.

Abbott also aims to progress the negotiations on an FTA with China when he is in Beijing this week, although it will not be concluded during the visit.

Shadow trade minister Penny Wong said Labor would closely scrutinise the agreement to ensure it was in Australia’s national interest.

CityNews - June 18, 2021
0
An education strategy published by the Canberra Liberals yesterday (June 17) is calling for an independent review into the ACT school system.