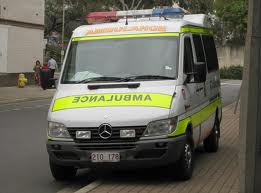 ACT Fire & Rescue and the ACT Ambulance Service have been on scene of a three vehicle crash on Hindmarsh Drive, Weston near the Tuggeranong Parkway on ramp for northbound traffic.

Firefighters used hydraulic rescue tools to assist in releasing one patient from a vehicle.

Three ambulance vehicles were called to the scene and transported a total of eight patients to the Canberra Hospital with patients aged from an infant to 76 years of age.

ACT Ambulance Service intensive care paramedics assessed eight patients at the scene of the crash and took seven patients to the Canberra Hospital.

Patients aged from 4 weeks of age through to 85 years and not 76 yrs as previously advised.