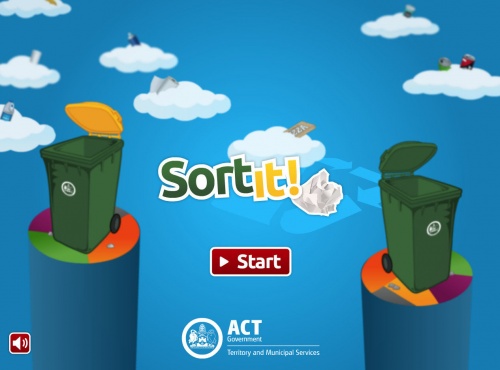 IT’S a red letter day for everyone who argues in their households over what can, and cannot, go in the recycling bin.

Shane Rattenbury has announced the launch of the “Sort It” game on the Territory and Municipal Services website.

“Sort It is an interactive, online game which aims to improve community understanding what can and can’t be recycled,” Shane said.

“Everybody learns differently, and this game is an interactive and effective learning tool whilst being a bit of fun.

“The game requires participants to sort various items, including food scraps, plastic bags, newspapers, aluminium cans and polystyrene, into a waste or recycling bin. There are two versions of the game, a full-length version which has three difficulty levels and a speed version where you have only 30 seconds to sort 10 items.

“The game has been used in primary schools for the last 12 months and has helped firmly establish a recycling culture in many schools across the ACT.

“Now that it is available online I hope it will encourage families to play the game with their children and adopt a strong culture of recycling within their homes.”

There is more than a whiff of “every child gets a prize” to the game and finishing each level unleashes a shower of balloons (at least if you have the deep recycling knowledge of this correspondent). 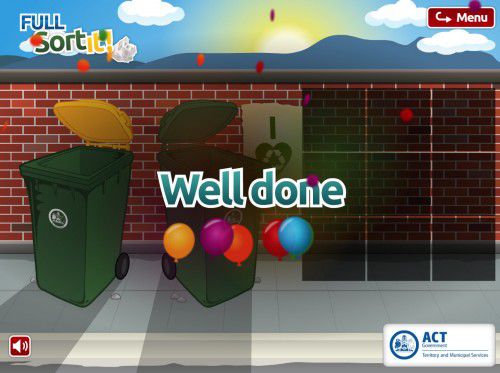 But having completed level 2 of the full game with a score of 28 I’d love to know what score other readers came up with? 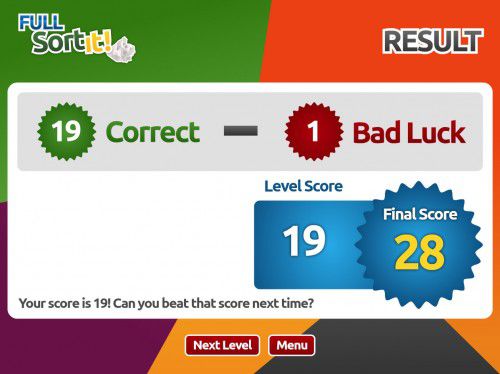