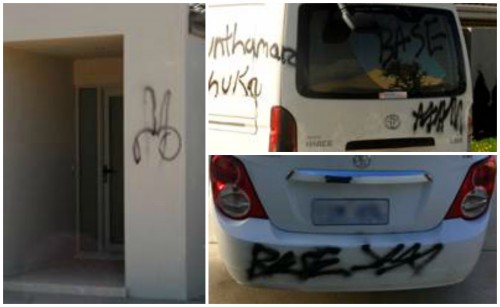 ACT Policing is investigating a spate of incidents in Casey where multiple houses and cars were damaged between Friday night and Saturday morning (11 to 12 April).

About 8am on Saturday morning, police began to receive reports that multiple houses and vehicles had been vandalized with black spray paint on John Crawford Crescent, Walter Crockerer Crescent and Tippett Street, Casey.

Property damaged included nine letter boxes, six vehicles, three houses, a driveway, a street curb and a metal real estate sign. The total cost of damage is yet to be determined.

ACT Policing Gungahlin Patrol officers performed a patrol of the area and door-knocked residences in the immediate area. AFP Forensics Services attended to examine the areas of property damage along with two spray paint cans located on a nature strip.

Following police investigations, a search warrant was conducted on a North Canberra residence and a number of items were seized. A North Canberra 15-year-old will be summonsed to the ACT Magistrates Court at a later date in relation to property damage.

Police are urging anyone who may have any information that could assist police in their enquiries to contact Crime Stoppers on 1800 333 000, or via www.act.crimestoppers.com.au. Information can be provided anonymously.