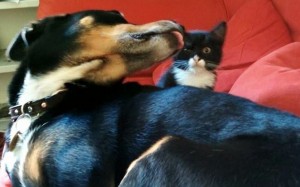 SHANE Rattenbury has announced changes to the laws surrounding cats in Canberra.

“The Bill amends the Domestic Animals Act 2000, to replace the term ‘curfew’ with ‘cat containment’, to better reflect the intention of the legislation for cat owners in designated areas to contain their cats to their property,” Shane said.

The cat containment areas are new suburbs that have been selected due to their proximity to nature reserves, and currently include: Bonner, Crace, Coombs, Denman Prospect, Forde, Lawson, Molonglo, Wright and ‘The Fair’ in North Watson.

Roaming cats seized within declared cat containment area can incur an infringement notice of a maximum of 10 penalty units (ie $1,400).

For more information on keeping cats in the ACT visit http://www.tams.act.gov.au/city-services/pets/Cats_in_the_ACT