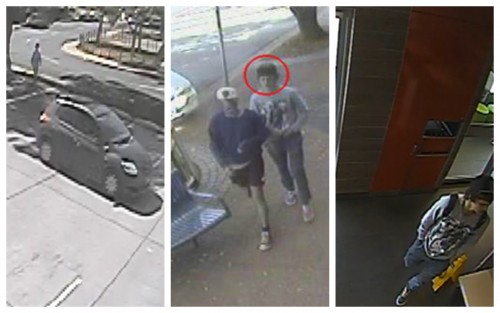 ACT Policing has released images of the young male who is suspected to have knocked an 88-year-old woman to the ground earlier this week and stolen her handbag.

The images were obtained from a convenience store in Kippax where the suspect and accomplices were earlier suspected to have shoplifted property.

The assault and robbery on the elderly woman took place at the entrance to a unit complex in Hardwick Crescent, Holt, around 10.55am on Monday (April 7). The offender approached the woman from behind, knocked her to the ground and took her handbag from her walking frame. He removed the purse from her handbag, which he then threw to the ground.

The suspect was caught on CCTV in the company of three other young males and female. They were in a dark grey Toyota Corolla with NSW registration.

Anyone who may be able to identify the suspect or the vehicle in these images, or can assist police in any way with the investigation is urged to call Crime Stoppers on 1800 333 000, or via www.act.crimestoppers.com.au. Information can be provided anonymously.