IT’S the end of a long creative haul for Canberra actor, writer and director Kabu Okai-Davies as he prepares to launch a coming-of-age book this weekend.

Based on his own experiences growing up in Ghana, the book, “Curfew’s Children”, would not have been possible “if Australia had not provided me with the sense of cultural confidence, comparative distance and reflection to tell my story,” Okai-Davies.

The book will be launched this Saturday by former ACT Minister for Multicultural Affairs, John Hargreaves, who plans to address the need to encourage new migrants to add their stories to the ongoing narrative about immigrant life through the memoir. The former minister, Okai-Davies says, would like to expand the idea of multiculturalism through the use of works like his book that “speak to the democratic spirit of cultural diversity in Australia.” 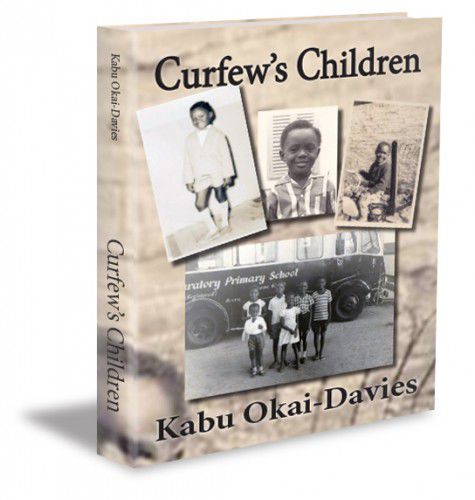 Okai-Davies, who has based the book on his PhD thesis for the University of Canberra, speaks of what the calls “the contradictions of the current conditions of life in an Africa that has imposed a curfew on itself through authoritarian rule.”

His idea was to write about the fragmentation of a people and the eventual exile of its children to lands far and near in search of better dreams.

Bringing out your own book can be a challenge, but with members of the African and Australian community pre-purchasing and sponsoring the publication, he went ahead.

With the book under his belt and a role performed recently in the Street Theatre’s “Where I End & You Begin”, it’s been a bumper year for the man who came to Canberra’s’ National Multicultural Festival in 2006 with the company he had established in New Jersey, where he lived from 1992 -2005.

After moving to Canberra he became the producer of the Multicultural Festival in 2008 and 2009 and the manager of the Theo Notaras Multicultural Centre.

A keen student of writing at the ANU and UC, from which he now has a PhD in Communications, Okai-Davies has written two poetry books, “The Long Road to Africa” and “Symphony of Words.”

His long term aim is to create an Australian audience for African writing, especially important, he believes, “at a time when Africa is in the news for stories other than about its literatures.”

“Curfew’s Children” launch, 3.30pm, this Saturday December 6, at the Theo Notaras Multicultural Centre in the North Building, Civic. All welcome. The launch is jointly sponsored by the Ghana-Australia Association, the Migrant and Refugee Settlements Service, Canberra Multicultural Community Forum and the Multicultural Youth Services.

“Curfew’s Children” is available at Paperchain, Manuka and at Dymocks in Civic as part of an arrangement to support self-published local authors.

Helen Musa - May 3, 2021
0
Emma Batchelor has won a publication deal with Allen & Unwin for her debut auto-fiction novel “Now That I See You”, based on her experiences when her partner’s emerging transgender status shattered their relationship.

CIMF / A splendid concert: thanks to all, including Mr Mozart!

Artsday / Music making at Belco tops off the festival