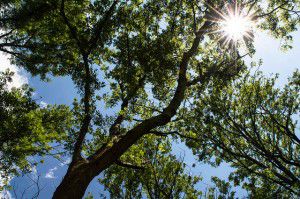 THE ACT’s Conservation Council says legislation passed today by the ALP-Green ACT Government will lead to a net-loss of biodiversity.

“The biodiversity offsets legislation passed in the ACT Legislative Assembly yesterday does not adequately enforce the ‘avoid, mitigate, offset’ hierarchy through the development assessment process, where proponents must demonstrate how they have avoided and mitigated impacts on the environment,” Executive Director of the Conservation Council ACT Region Clare Henderson said.

“This biodiversity offset legislation will result in a net-loss of biodiversity in the Canberra region, which is already under significant threat from urban development.

“The changes will give environmental approval responsibilities for all development projects which impact on Matters of National Environmental Significance to the ACT Government. Currently this approval sits with the Commonwealth which utilises the more rigorous Environmental Protection and Biodiversity Conservation Act 1999 to ensure important places are protected.”

The Conservation Council has collected around 400 signatures opposing the transfer of national environmental responsibilities and approvals to the ACT Government.

“This will lead to conflicts of interest, as the ACT Government will be both the proponent and the regulator. This is a backwards step for the environment, as we have seen in other states around Australia where state governments are approving developments which impact nationally significant biodiversity.”

The Council is concerned the biodiversity offsets package passed yesterday is geared toward development approvals, rather than biodiversity conservation.

“The Conservation Council believes this legislation will not deliver the intended biodiversity gains,” Clare said,