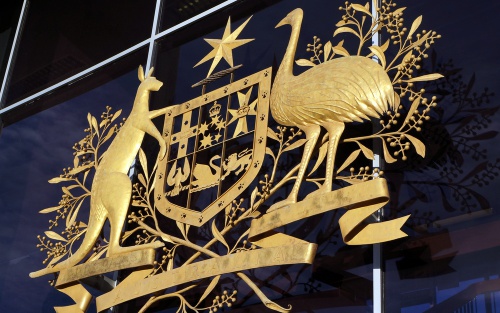 THE Court of Appeal has today published its judgment on the Crown’s appeal against the sentences of a group of young men who tried to murder one of their friends in November 2008.

The Director of Public Prosecutions has failed to have the sentences increased.

There is is, however, in the judgment an interesting detailed description of the offences for which they were sentenced.

At the time of the offences, Mr Iacuone was 18 years and one month old. JR was 17 years and two weeks old. Mr Duffy was 19 years and two months old. No offender had a record of prior convictions.

Mr Iacuone and JR were friends with the victim. Another young man, Mr D, was part of the same friendship group. The group began to drift apart, causing great concern to Mr Iacuone, who was psychologically vulnerable as he had been rejected by his family. Mr Iacuone felt that his position within the friendship group was threatened by the victim. He decided to kill the victim.

By the evening of Sunday 16 November 2008, Mr Iacuone and JR had reached an agreement to murder the victim that evening by luring him to a location outside Canberra and using a baseball bat. They collected the victim for the stated purpose of playing pool. On the pretext of travelling to pick up Mr D, they drove the victim to a dark rural area, where they stopped the car. Mr Iacuone invited the victim to go for walk, but the victim declined. As the victim would not leave the car, Mr Iacuone abandoned the plan and the three men returned to Canberra.

The following day or soon thereafter, Mr Iacuone and JR devised a second scheme to kill the victim. They planned to hide a baseball bat in bushes near the edge of Lake Tuggeranong, invite the victim to that location and kill him using the baseball bat. They identified a suitably deserted location. In the presence of Mr D, Mr Iacuone and JR rehearsed the proposed murder.

As part of the plan, the victim was to be offered beer. In order to obtain funds to purchase beer, Iacuone, JR and Mr D drove to a library where, using JR’s name, Mr Iacuone transferred $150 into an account that he could access. Mr Iacuone then withdrew the money and purchased petrol and a carton of beer.

The three men drove to Lake Tuggeranong. During the drive, Mr Iacuone and JR developed the details of the plan.

The victim arrived. JR and Mr D suggested that they walk to the location where the baseball bat was hidden. The victim made it clear that he was not prepared to walk such a distance simply for the purpose of drinking beer.

Another acquaintance, Mr P, joined the group. He offered to drive the group to the relevant location. When the group arrived where the beer was located, Mr P indicated that he would go home. The victim decided to leave with Mr P.

Mr Iacuone arrived. He was angry that the plan had not been executed. He stressed that he “needed it done tonight”.

Mr Iacuone telephoned a friend, Mr S. Mr Iacuone, JR and Mr D drove to Mr S’s home. Mr Duffy was a friend of Mr S. He was at Mr S’s home when the trio arrived. Initially, Mr Iacuone was unwilling to discuss the proposed murder in front of Mr Duffy. Mr Duffy made it plain that he wanted to be involved in whatever was being planned. Eventually, he was included in the conversation. This was when Mr Duffy learned of the conspiracy.

Mr Iacuone said that he was fearful because the victim planned to assault him. It was a case of “him or us”. The group discussed luring the victim from his home, killing him with a baseball bat and disposing of the body. They agreed that Mr S’s car would be used to convey the body from the murder scene. In order to make adequate space in the boot of the car, it was necessary to remove speakers from the boot.

The men travelled to the home of Mr Duffy’s mother, where there were tools that could be used to remove the speakers. The men removed the speakers. Mr Duffy obtained an old curtain that was to be spread out in the boot for the purpose of preventing blood stain. He placed digging implements (shovels and a mattock) in the car.

The men entered Mr S’s car. Mr Duffy drove. Pursuant to the plan, JR was to lure the victim to a dark area opposite the victim’s residence, where Mr Iacuone was to attack the victim’s head with a baseball bat while Mr Duffy and JR struck him with their hands and feet.

The group arrived near the victim’s residence. Mr Iacuone selected a location that he considered to be suitable. Mr Iacuone changed the settings on Mr S’s mobile telephone so that Mr S’s telephone number would not display to the recipient of a call. At Mr Iacuone’s direction, at 12.39 am JR used Mr S’s telephone to call the victim. JR said that he needed to meet the victim outside the victim’s house for the purpose of discussing a relationship breakup. The victim was reluctant, but JR was insistent. The victim left his house in the company of Mr D.

The victim ran into bushland. He was located by Mr Duffy. The victim begged Mr Duffy to leave him alone. Mr Duffy walked away. At that point Mr Duffy withdrew from the conspiracy.

Mr D arrived. He told the victim that the offenders intended to kill him but that he, Mr D, would attempt to dissuade them.

Mr Iacuone grappled with the victim, trying to force the victim’s arms behind his back. Mr Iacuone wrapped his hands around the victim’s neck and started to choke him. JR began to strike the victim with the baseball bat in the leg/hip area, and then higher up the victim’s body. The victim used his arms to ward off blows directed at his head. The victim struggled with Mr Iacuone. In the course of the struggle, the two men rolled down a steep slope.

The victim managed to break free and escape. Mr Iacuone called after him, threatening the victim and his family. For some hours, Mr Iacuone and JR searched for the victim, but without success. The victim sought help at a nearby residence and the police were contacted. 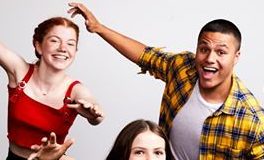 CityNews - March 29, 2020
0
NO surprises in the news that ACT Youth Week events have been postponed due to government directive to reduce non-essential gatherings.