BELCONNEN Arts Centre and Tuggeranong Arts Centre are banding together to bring us Canberra’s first non-arts arts prize (hmm!), the “Send Us a Selfie” project.

IT’S all part of their revamped Community Cultural Inclusion Program. You just take a photo of yourself with a cultural icon— maybe a sculpture, a gig, a book, a performer or place — and share it with the world via http://ccinclusion.com/submit-selfie/ And yes, there are prizes. BAC staff have been busy setting an example, see the pix. Entries close Monday, August 25,

STRATHNAIRN’S latest exhibition is Michael Winters’ solo show, “Dissected by Time and Space,” running at the homestead from August 15 to September 7. You ought to look at this one, as this well-known printmaker switches to the third dimension. Strathnairn Homestead, 90 Stockdill Drive, Holt.

THE National Capital Orchestra will present its third concert program of 2014 at The Q in Queanbeyan at 3pm on Sunday, August 17. Rowan Harvey Martin conducts a program entitled “War & Peace” that marks the centenary of the start of the Great War. The concert will include two works from the pre-war period, Elgar’s Concert Overture “In The South (Alassio)” and Delius’s “Walk to the Paradise Garden” and two works written at the War’s end, Elgar’s “Concerto for Violoncello and Orchestra” and the “Pastoral Symphony” of Vaughan Williams. The soloist in the concerto will be super cellist David Pereira. Booking to theq.net.au and tickets at the door. 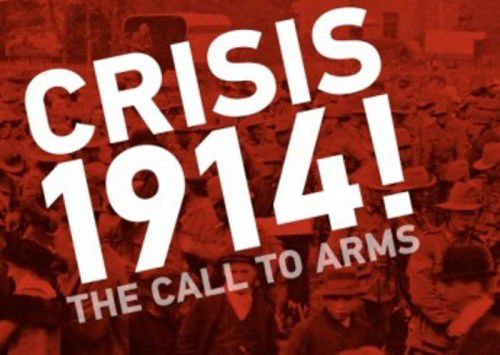 “CRISIS 1914! The call to arms” is at The Museum of Australian Democracy in Old Parliament House, 18 King Edward Terrace, Parkes, daily 9am–5pm until August 2015. Free after admission. The exhibition uncovers the political events which led to Australia’s involvement in the First World “Crisis 1914! The call to arms” is a contribution by the Museum of Australian Democracy at Old Parliament House to the Anzac Centenary.

THE Choirs division of the National Eisteddfod is running this Friday and Saturday but the climax will be The Australian Choral Challenge on Saturday August 16, 7pm at Llewellyn Hall, as 9 choirs compete for a $10,000 First Prize and a total of $18,000 in prizes. Tickets at the door.

THIS Friday, August 15 from 5:30-6:30pm, film historian and writer Jeannette Delamoir will reveal the story behind Baz Luhrmann’s 1986 ‘lost’ musical “Crocodile Creek,” in a special presentation at the NFSA Theatrette. Luhrmann was only 23 when he visited Rockhampton to direct the show, a community musical that unfolds amidst the 1867 anti-Chinese riots at the Crocodile Creek goldfield. The illustrated lecture will include a special performance by “Crocodile Creek” composer Felix Meagher, who will play excerpts from the score. Free entry.

THE Friends of Chopin Australia are marrying fine food and fine music in their second fundraising event for the Australian International Chopin Piano Competition to will be held at Teatro Vivaldi Restaurant in the ANU Arts centre this Saturday, August 16, with Canberra pianist Andrew Rumsey as Monsieur Chopin. Come dressed as Chopin or his lover the woman novelist George Sand. All tickets must be pre-booked through Vivaldi’s on 6257 2718 or enquiries@vivaldirestaurant.com.au

CORO Chamber Music is performing “Magnificat,” the music of JS Bach and Arvo Pärt, All Saints’ Anglican Church, Ainslie at 7:30pm, this Saturday , August 16, but hurry. Bookings to corocanberra.com 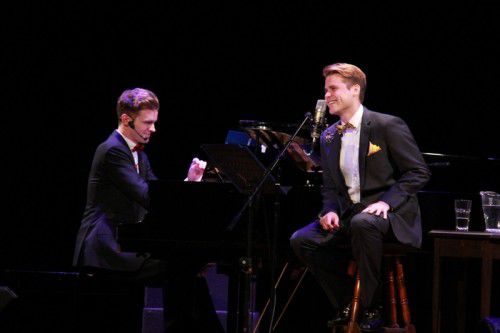 RETRO-POP duo, the Juilliard-trained Bielfield & Glen, perform a “Visual Spectacular” at the Canberra Theatre at 7.30pm this Friday, August 15 with their “Ambrosia ’14” tour. Lachlan Glen has had family connections with Canberra which go back to 1965. His grandfather was a civil engineer associated with Rankine and Hill Engineers, who constructed Hindmarsh Drive and his uncle was an engineer on New Parliament House. The singer-pianist duo debuted high on the Billboard charts last year with their album “Stopping By”. Glen now works at the Metropolitan Opera as a pianist and assistant conductor, but in this case they prefer some funky covers of favourite songs by Simon & Garfunkel, Pink Floyd, Frank Sinatra, Fleetwood Mac, Dolly Parton et al. Bookings to 6275 2700 or canberratheatrecentre.com.au

THE Hannah James Trio is in Bungendore at the Bungendore Wood works on Kings Highway this Saturday, August 16 from 7pm, for “Jazz at Cafe Wood Works”, Tickets include a three course dinner and concert. Limited bookings to 6238 1688

THE McClymont sisters confirmed their position as one of Australia’s top Country Acts with their new album “Here’s To You & I”. Brooke, Sam and Mollie McClymont will be at the Canberra Southern Cross Club this Friday, August 15, bookings to cscc.com.au or 6283 7200. 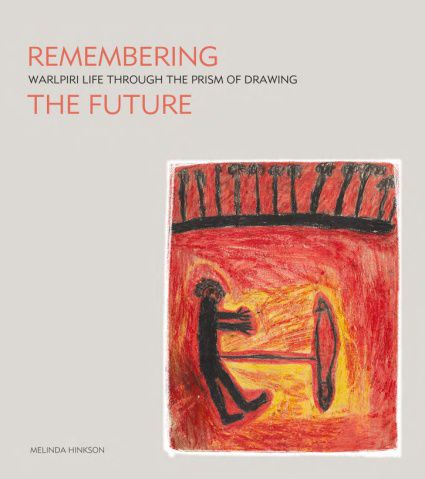 IN “Remembering the Future,” published by Aboriginal Studies Press, social anthropologist Dr Melinda Hinkson rewrites our perceptions of when the Aboriginal art movement began. Hinkson is a senior lecturer in anthropology and Visual Culture Research at the ANU and her exhibition complementing the book opens at the National Museum of Australia today, August 14.

THE Melbourne Art Fair is on this week in the Royal Exhibition Building in Carlton and as always, Martin and Susie of Beaver Galleries will be there, at stand E123. This is Australia’s most important art fair, so it’s a terrific showcase for the Beavers’ artists, not least our own Canberra artists Alex Asch and GW Bot. The fair opened last night and closes this Sunday, August 17.

INDIGO Foundation is hosting an exhibition of contemporary paintings Nyirrpi and Yuendumu, at The Front Gallery and Café in Wattle Street, Lyneham. Proceeds from all sales will directly benefit the artists and their communities. The exhibition will be opened by Alex Sloan ABC666 at the Front at 6pm today Thursday August 14. All welcome.

THE latest Queanbeyan City Council Regional Art Awards exhibition is running until Saturday, August 23, at The Q Exhibition Space, Weekdays 10 – 4 and Saturdays 10 – 3. Free. Visitors can vote for the $500 People’s Choice Award will be announced Monday, August 25.

JOSEPH Tawadros, oud-player extraordinaire, is playing new and exciting music with his quartet this Saturday August 16 in The Street Theatre at 8pm. Special emphasis will be on their new CD “Permissison to Evaporate.”. Bookings to 6247 1223 or thestreet.org.au